Based on the book by Jorge Argueta

Based on real-life events in San Francisco’s Mission neighborhood, this quintessentially American immigration story tells the moving tale of a family’s determination to put down roots in a new country, while still preserving the heritage on their homeland. Originally created in 2016 with the Alvarado Elementary School, Xochitl and the Flowers/Xochitl, la niña de las flores (pronounced “so-“) is part of OP’s acclaimed annual ‘Hands-on-Opera’ program, which features children center stage as full project participants and performers. This is the third commissioned work for Opera Parallèle by composer Christopher Pratorius. Performed in Spanish and English. 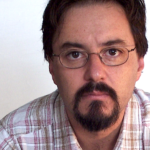 Chris is a composer and pianist based in Santa Cruz, California. He has written pieces for solo voice, choir, chamber ensembles, orchestra, and electronic media that have been performed in San Francisco, Istanbul, New York, Guatemala, and other spots around the world.

A recent highlight is Claroscuro en Flor, a concerto for harp commissioned by the American Harp Society and San José Chamber Orchestra which saw its premiere in 2013. Other projects include the chamber concerto Untogether, not Apart, commissioned and premiered by New Music Works, a fresh setting of Pablo Neruda’s Poema XX, commissioned by Nicole Paiement for the BluePrint project; Contraponientes, a choral song-cycle based on poetry by Federico García Lorca commissioned by Ariose Singers; and Being of One’s Hour, commissioned by Robert Kelley for Santa Cruz Ballet Theater.

He teaches theory, history, composition, and piano at the University of California, Santa Cruz and at Cal State Monterey Bay. 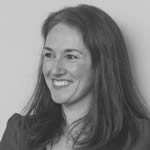 Formerly OP’s Education Director specializing in curriculum development that integrates music into every subject of standardized elementary and high school education, Roma now brings her gifts as an educator to the students at Woodland School in Portola Valley. She taught music for several school districts in southern California, as well as developed music programs for underserved communities in Brooklyn and the Bronx. She worked with Midori and Friends on a pilot music outreach program and Hofstra University on a teacher development through music program. She is the librettist for OP’s children’s opera commissions. Harriet’s Spirit (2018), Xochitl and the Flowers (2016) and Amazing Grace (2015). A lyric soprano, Roma holds a Bachelor of Music from UC Santa Cruz in Vocal Performance and a Masters of Music Education from Teachers College, Columbia University.

SCENE 1 Opera opens with Xochitl in her new and busy SF neighborhood. Spanish and English greetings welcome her as she talks about what a challenge it has been like to live in a new place. From time to time the focus moves to her Abuelo remembering his beloved granddaughter.  It is explained that her name is from the language and means flowers. Abuelo comes from a long line of farmers with deep roots in El Salvador. He misses his family but knows they are creating a new and exciting life in San Francisco. Mami and Papi each explain how hard they work every day. The scene closes with Mami cleaning and Papi painting, clearly exhausted but dedicated.

SCENE 2 Xochitl is sitting on the floor at the coffee table busily tying ribbons around individual flowers. The heavy buckets of flowers have been delivered by a neighbor.  When her comes home from work, they will go out for the evening and try to sell flowers to people in the neighborhood. Mami comes in looking tired but happy to see her daughter.  She is grateful for all the help Xochitl has provided. The roses remind her of when she met Xochitl’s father. He would always have flowers for her. Flowers and love bring such joy to life.  Xochitl and her mother go out into the community to spread the joy and sell the flowers. They enjoy the smiles on the people’s faces and reminisce on some of the happy times from El Salvador where flowers played an important role. When Fidel married Rosa, Xochitl’s and made their house like a garden. When Grillito’s dog died, they made him a lovely bouquet. When Lala Osorio turned fifteen, they made fifteen .

SCENE 3 Xochitl and her return home with empty buckets and exhausted. Xochitl sinks into the couch and Mami brings in tubs to soak their tired feet. Papi comes home from a long day carrying a small bouquet for both Xochitl and Mami.  They are a happy and loving family. Xochitl begins to fall asleep and and cover her on the couch where it is clear she sleeps each night. Papi says that he has a new place for them to look at tomorrow. They agree that if they work hard and stay optimistic they can build a wonderful life here in San Francisco. They roll out their own beds at the foot of the couch and fall asleep.

SCENE 4 Don Roberto is sweeping the doorstep of his apartment he is renting out.  He talks about how long he has lived here and how the neighborhood is changing. He doesn’t like change. He wants things to be the way they were.  When Xochitl and her family come out after having looked at the place, he is clearly apprehensive and distrustful. Papi is joyful and hopeful. He compliments Don Roberto on the inside of the place and mentions the yard in the back.  Don Roberto explains that the yard is not part of the deal. That yard is going to stay the same. Xochitl interrupts the discussion and tells Don Roberto about the garden they used to have in El Salvador. She mentions the flowers and the insects and even these little green parakeets that used to visit in spring.  Don Roberto’s face changes when he hears about the birds as if he has remembered something long forgotten. His face hardens again when he speaks to Papi. He says he will let them know tomorrow if they will be able to move in but it is not likely.

SCENE 5 The scene opens darkly, with each character conflicted about what will happen. Mami and Papi are hopeful but worried. Don Roberto is worried about change but moved by the light spirit and memories of the little girl. She reminded him of his own homeland and the birds his grandmother used to have. Xochitl sings of the garden she dreams of and the time she would spend with the life and growth. She clutches a little red bag of dirt from El Salvador and sings about what it means to belong somewhere. As the three distinct emotions of the quartet come together, a transformation happens. The chorus changes the unused trash heap into a beautiful garden and the quartet comes together musically singing about putting down roots in your garden, in your home, and in your heart. Don Pedro has not only rented his house and garden to them, but has become their friend.