Today It Rains is a new chamber opera inspired by a real event in the life of American artist Georgia O’Keeffe. On the rainy morning of April 29, 1929, O’Keeffe boarded a train in New York with fellow artist Rebecca Strand, leaving behind her tumultuous marriage with Alfred Stieglitz and yearning for escape and creative fulfillment. Three days later, she arrived in Santa Fe, New Mexico, inspired by the power of the area’s landscape and ready for artistic experience. The 90-minute work that imagines this life event will be performed by a cast of eight singers and an instrumental ensemble of and will feature a sophisticated projection design, including ‘film arias’ created by Kimberly Reed and Brian Staufenbiel. While taking its inspiration from this singular artist’s journey, the story will resonate with anyone who seeks creative freedom and is transformed by the beauty of Nature. Today It Rains is a courageous woman’s story and an independent artist’s story. It is also a uniquely American story.

Today It Rains was created with funding from a Hewlett Foundation 50 Arts Commission.

“At Opera Parallèle in San Francisco, a Legendary Painter Comes to Life” – Seen and Heard International

*Member of United Scenic Artists, Local USA 829 of the IATSE

By Mark Campbell and Kimberly Reed

Scene 1. A train platform, New York Penn Station, early morning, April 27, 1929. Travelers rush in from the rain and board a train. Rebecca Salisbury Strand James (“Beck”) enters the platform hurriedly and is soon met by Georgia O’Keeffe. Both are assisted onto the departing train by Aubrey Wells, a porter.

Scene 2. While O’Keeffe unpacks in her compartment, Wells takes her ticket and comments on her destination to Santa Fe, “a far cry from New York.” After he leaves, O’Keeffe expresses her doubts about the journey and imagines her husband Alfred Stieglitz waking and discovering the note she left him about her sudden departure. In a split scene, she recalls the content of the note while Stieglitz reads it in the New York apartment they share.

Scene 3. Later that evening, in the lounge car, Beck and O’Keeffe take turns drinking booze from a flask while playing poker, gambling with tubes of paint instead of money. Quoting art critics of the day, including Stieglitz, they lampoon the label of the “woman artist” in society.

Scene 4. After Beck departs, the windows of the lounge car suddenly become drawings in Stieglitz’s 291 gallery and O’Keeffe recalls the first time she and Stieglitz met.

Scene 5. O’Keeffe tries to sleep in her compartment as the train barrels toward Chicago. An extended, dreamlike video sequence with music recounts events in her life that inform her as an artist.

Scene 6. A train platform, Chicago Union Station, a day later. O’Keeffe and Beck board the Chief for the second leg of their train ride to Santa Fe, with Wells again assisting them on board.

Scene 7. In the lounge car, O’Keeffe and Beck play a game of “Exquisite Corpse,” while bantering about the difficulties in balancing a marriage with a career as an artist.

Scene 8. Later in the evening in her compartment, O’Keeffe has a nightmare in which she imagines returning to a party at Lake George where she is unhappy and fights with Stieglitz about her discontentment as an artist. O’Keeffe wakes suddenly and finds solace in her paint box.

Scene 9. A split scene, pre-dawn: in New York, Stieglitz attempts to write a letter to O’Keeffe about their relationship while O’Keeffe does the same from her compartment. Stieglitz burns his letter in despair and O’Keeffe stuffs hers into her pocket, vowing to abandon her trip at the next stop.

Scene 10. On the caboose platform, O’Keeffe encounters Wells practicing on a clarinet. Wells senses O’Keeffe’s doubts and tells her to trust her impulses, as one does when one plays jazz. They greet the new day, along with Beck just waking in her own compartment. When she is alone on the caboose platform, O’Keeffe tears up the letter she meant for Stieglitz and reaffirms her decision to leave.

Scene 11. Approaching Santa Fe, April 30, 1929. O’Keeffe rhapsodizes about the new landscape she sees from her compartment. As the train reaches its destination, she bids farewell to all of her apprehensions and emerges from the train into the bright morning.

To Charles Jarden, in appreciation of the many new works we created together. —Mark Campbell

For Claire Jones, my love, and my partner in travel. —Kimberly Reed 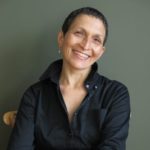 “one of the top 35 female composers in classical music” (The Washington Post), often addresses contemporary issues including sustainability, war, and human rights in her work. “Full of fire as well as ice, (her music) contrasts dissonance and violence with tonal beauty and meditative reflection. It is strong stuff.” (American Record Guide) With co-librettists Mark Campbell and Kimberly Reed she has created the most widely-produced contemporary opera in the U.S., As One (2014), Some Light Emerges (Houston Grand Opera 2017), and the forthcoming Today It Rains (Opera Parallèle/American Opera Projects 2019). Upcoming: Piano Quintet for Ursula Oppens and the Cassatt String Quartet; and with Reed, Postville, inspired by the unprecedented, devastating 2008 immigration raid there, for a consortium led by Santa Fe and San Francisco Operas. Head of , Conservatory of Music/SUNY Purchase and composer-in-residence, American Opera Projects. 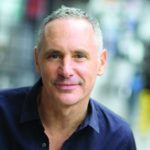 Mark Campbell’s work as a librettist is at the forefront of the current contemporary opera scene in this country. Mark has produced 29 opera librettos, lyrics for 7 musicals, text for 5 song cycles and 2 oratorios. His works have received many awards include the Pulitzer Prize in Music (for Silent Night) and a Grammy Award  (for The (R)evolution of Steve Jobs). Other successful operas include Elizabeth Cree, As One, The Shining, Later the Same Evening. Upcoming: Stonewall for New York City Opera, Edward Tulane for Minnesota Opera, and Les Girls for Théâtre du Châtelet. 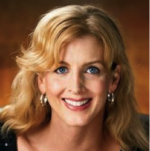 Kimberly Reed designed projections for and wrote As One with co-librettist Mark Campbell, composed by Laura Kaminsky. The team then collaborated for Some Light Emerges (Houston Grand Opera) and the forthcoming Today It Rains (Opera Parallèle). A consortium of opera companies, led by Santa Fe and San Francisco Opera, have commissioned her to write the libretto for Postville, again with Kaminsky. Her written work is collected in The Moth, a New York Times best-seller.  She has held fellowships at NYFA, Yaddo, Squaw Valley Writers Workshop, and the Hermitage. Her documentary film Prodigal Sons premiered at the Telluride film festival and garnered 14 international awards. Her documentary Dark Money premiered at the Sundance film festival in 2018. One of Filmmaker magazine’s “25 New Faces of Independent Film,” she has been featured on CNN, NPR, MSNBC, Moth Radio Hour, and the Oprah Winfrey Show.