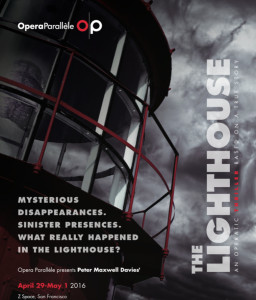 Opera Parallèle presents a new production of Peter Maxwell Davies’ The Lighthouse, based on the mysterious and unsolved disappearance of three lighthouse keepers off the Scottish coast in 1900. Opera Parallèle’s new production includes a new immersive experience that pushes the boundaries of conventional opera, and renowned singers Thomas Glenn, Robert Orth, and David Cushing performing the 6 roles of future and past lighthouse keepers. Called “a powerful theater piece,” with music that “creates a spooky atmosphere perfectly appropriate to this creepy tale” by Dallas reviewers, Opera Parallèle’s The Lighthouse brings together a dramatic tale, haunting music, and new artistic communities in this production at Z Space.

The Lighthouse received its premiere at the 1980 Edinbourgh Festival and Opera Parallèle Artistic Director Nicole Paiement conducted it at The Dallas Opera in 2012. Peter Maxwell Davies’ rhythmic, inventive score demands high levels of virtuosity from the cast of three singers and the 12-piece band. The windy and rain-lashed Flannan Isles are powerfully conjured, along with the tense atmosphere that brews in the close confines of the lighthouse.

Composer Peter Maxwell Davies writes, “The original inspiration of this work came from reading Craig Mair’s book on the Stevenson family of Edinburgh. This family, apart from producing the famous author Robert Louis, produced several generations of lighthouse and harbor engineers. In December 1900 the lighthouse and harbor supply ship Hesperus based in Stromness, Orkney, went on its routine tour of duty to the Flannan Isles light in the Outer Hebrides. The lighthouse was empty – all three beds and the table looked as if they had been left in a hurry, and the lamp, though out, was in perfect working order, but the men had disappeared into thin air. 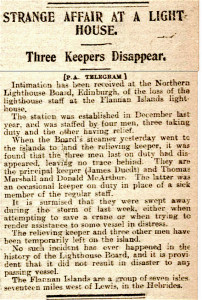 “There have been many speculations as to how and why the three keepers disappeared. This opera does not offer a solution to the mystery, but indicates what might be possible under the tense circumstances of three men being marooned in a storm-bound lighthouse long after the time they expected to be relieved.

“The work consists of a prologue and one act. The Prologue presents the Court of Inquiry in Edinburgh into the disappearance of the keepers. The three protagonists play the part of the three officers of the lighthouse ship, the action moving between the courtroom, the ship, and the lighthouse itself, and the inquiry is conducted by the horn of the orchestra, to whose wordless questions the protagonists answer, making the questions retrospectively clear. The Court reaches an open verdict. At the end of the Prologue the three officers together tell us that the lighthouse is now automatic and the building is abandoned and sealed up, while the lighthouse itself flashes its automatic signal to a rhythm which is reflected in the orchestra.” 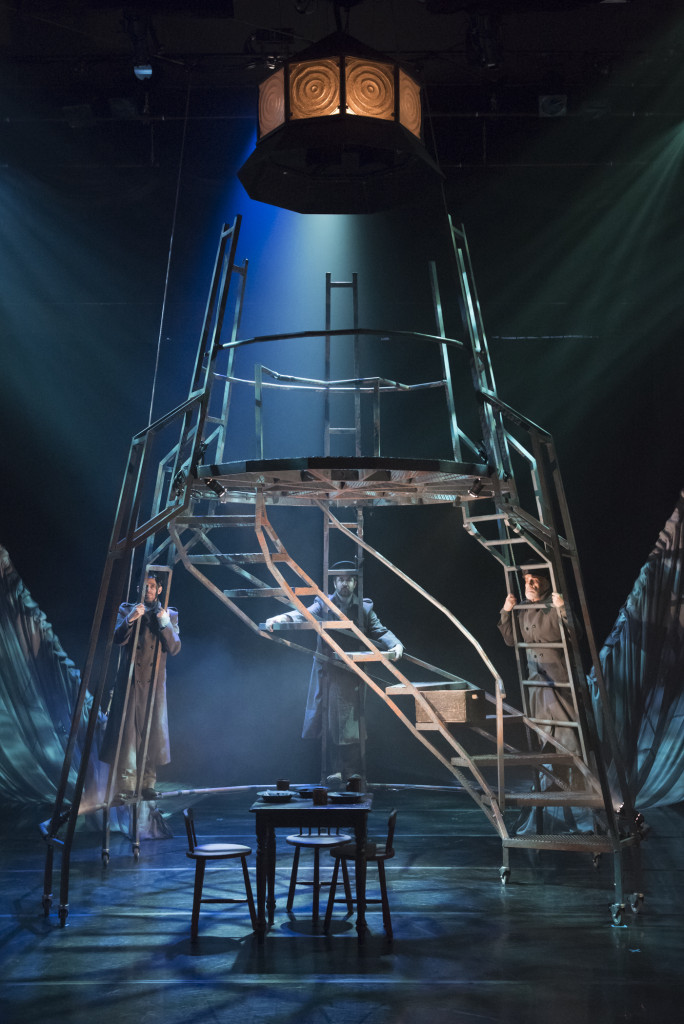 SIR PETER MAXWELL DAVIES (1934-2016) produced a large body of celebrated work, including many operas and other theatrical works. He chose his career path at the age of four, and never wavered. Since 1971, he lived in the Orkney Islands, in a setting not far removed from that of the Flannan Isles where the Lighthouse events occurred. His music features vividly inventive rhythm and color, produced by masterful (and frequently unusual) orchestration and brilliant virtuosity. Read more about Sir Peter Maxwell Davies HERE. With the recent news of Sir Peter’s passing Opera Parallèle dedicates this production of The Lighthouse to Sir Peter Maxwell Davies. 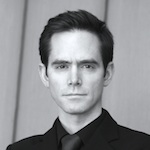 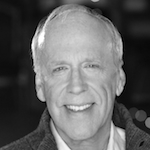 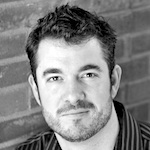 DAVID CUSHING (BASS): ARTHUR – As one of opera’s foremost emerging artists, David Cushing’s bass-baritone range is effortlessly demonstrated in a variety of roles including recent appearances in the title roles of Don Pasquale and Le nozze di Figaro, Frère Laurence in Roméo et Juliette, and Bottom in A Midsummer Night’s Dream. This season, David Cushing will be performing as Montano in Boston Youth Symphony Orchestra’s production of Othello and as Leporello in Opera Tampa’s production of Don Giovanni. Highlights from recent seasons include performances as Sarastro in Die Zauberflöte and Count Monterone in Rigoletto, Dr. Grenvil in La traviata, Masetto in Don Giovanni, and an exciting staging of Frank Martin’s Le vin herbé with Boston Lyric Opera; Sprecher in Die Zauberflöte with Opera Tampa; Verdi’s Requiem with the Harvard Radcliffe Orchestra; and Sparafucile and Count Monterone in Rigoletto at Opera Tampa. TOP OF PAGE

NICOLE PAIEMENT (CONDUCTOR) has gained an international reputation as a conductor of contemporary music and opera. Her numerous recordings include many world premiere works and she has toured extensively in the US and Asia.  Paiement is an active Guest Conductor. She has recently been appointed Principal Guest Conductor at The Dallas Opera where she conducted the world premiere of Joby Talbot’s opera Everest in 2015.  Paiement was also the Artistic Director of the BluePrint Project at the San Francisco Conservatory of Music. Recently, she appeared as guest conductor with the Washington National Opera and the Saratoga Summer Festival. She will be conducting at Glimmerglass Opera this summer and at the Atlanta Opera in Fall 2016.

BRIAN STAUFENBIEL (DIRECTOR) is an active cross-disciplinary director and designer and has helmed the staging and design of Opera Parallèle’s productions since 2007. His adventurous stagecraft has won critical acclaim for the company’s productions.  This past year, Staufenbiel designed and directed the World Premiere of Angel Heart, performed at Cal Performances in Berkeley, Carnegie Hall in New York City, and Festival del Sole.  He shared a residency at Banff with composer Luna Pearl Woolf to create an original theater piece premiered in Montréal. Upcoming engagements include directing in both Minnesota Opera and the LA Opera.
MATTHEW ANTAKY (LIGHTING DESIGNER) While pursuing a degree in the fine arts in Southern California, Mr. Antaky turned his interests to the performing arts and in 1983 moved to San Francisco to study visual and theatrical design at San Francisco State University. For over 30 years, he has created and collaborated on both scenic and lighting designs for all of the performing arts including theater, opera, dance, and music. His work has been presented throughout the United States and in many countries around the world. For opera and music, Mr. Antaky has designed multiple productions for Opera Parallèle, Utah Opera and Symphony, Opera Pacific, Festival Opera, Oakland Symphony, Dallas Symphony, Opera San Jose, The Cabrillo Music Festival, and the San Francisco World Music Festival. His extensive work in the world of dance include many designs and installations for companies such as Liss Fain Dance, ODC/Dance, Oklahoma City Ballet, Li Chiao Ping, Smuin Ballet, Robert Moses Kin, Mark Foehringer Dance Project/SF, The National Ballet of Peru, La Tania Flamenco, Lily Cai Dance Company, SjDanceCo, Chitresh Das Dance Company and Flyaway Productions among many others. Mr. Antaky is an eight-time nominee and four-time recipient of the Isadora Duncan award for outstanding visual design. Please visit his website for more information.
CHRISTINE CROOK (COSTUME DESIGNER) began designing costumes for Opera Parallèle in 2011 with Orphèe. Other Opera Parallèle credits include Dead Man Walking, Mahagonny Songspiel / Les mamelles de Tirésias, Anya17, Four Saints In Three Acts, The Great Gatsby, Ainadamar, and Trouble in Tahiti.  She also designs for theatre, dance, and opera all over the Bay Area and is a proud company member of Shotgun Players and Just Theater. Other recent credits include Antigonick, Our Town, and Twelfth Night  with Shotgun, Alban Berg’s Lulu with West Edge Opera, and Lucia di Lammermoor with LA Opera. Christine has an MFA in costume design from UC San Diego and is the recipient of two SF Bay Area Theatre Critics Circle Awards. She currently teaches costume design at USF and Academy of Art University. Check out her work online on her website.
KEISUKE NAKAGOSHI (RESIDENT PIANIST/ ACCOMPANIST), a native of Japan, earned a Bachelor of Music in composition and a Master of Music in chamber music from the San Francisco Conservatory of Music, where he studied composition with David Conte and piano with Paul Hersh. In 2005 he was selected to represent the Conservatory for the Kennedy Center’s Conservatory Project, a program featuring young musicians from major conservatories across the United States. Nakagoshi has performed to acclaim on prestigious concert stages across the United States, including the Kennedy Center, Carnegie Hall, the Hollywood Bowl, and Davies Hall in San Francisco. He has received training from some of the most celebrated musicians of our time – Emanuel Ax, Gilbert Kalish, and Menahem Pressler. He recently made a solo debut with San Francisco Symphony on Ingvar Lidholm’s Poesis with Herbert Blomstedt conducting. Nakagoshi is currently Pianist-in-Residence at the San Francisco Conservatory of Music, as well as a member of the Grammy nominated piano duet ZOFO.
JEANNA PARHAM (WIG AND MAKE-UP DESIGNER) began her career in San Jose where she designed for many South Bay theaters. Since moving to San Francisco, in addition to Opera Parallèle, she has been creating designs for the American Conservatory Theater, Opera San Jose, TheatreWorks, Broadway by the Bay, and the University of California, Santa Cruz Opera Theater. Ms. Parham is also the head of the Wig and Makeup Department for the San Francisco Opera.

SEAN RILEY (FABRIC DESIGNER) has a 20-year career combining suspension, kinetic movement, and design with performance.  Through scenic design, rigging design, and mechanical design, often in concert with each other, he creates unique environments for time based art. Concentrating his design for performance on site-specific and non-traditional work, Riley has created installations in collaboration with a wide spectrum of artists in different genres around the world.  Known for his bold and often surprising use of space and suspension, and also for large scale movement, Riley’s installations commonly reflect his life long obsessions with gravity, architecture, and Newtonian physics. Read more about Sean Riley HERE.