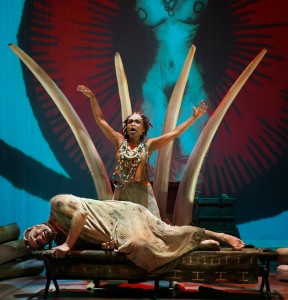 The season runs from October 8, 2016, through May 28, 2017, with performances at the Yerba Buena Center for the Arts and at the San Francisco Conservatory of Music. Opera Parallel’s founding Artistic Director and conductor Nicole Paiement will conduct the Glass and Dove performances. The creative team is lead by Brian Staufenbiel.

“The new season typifies our philosophy of giving wings to significant contemporary opera in intimate venues,” Ms. Paiement told us the other day. “This season we explore the meaning of ‘home.’”

“We began with a core opera, which is Jonathan Dove’s Flight, a story taken from the headlines that underscores the tragic and sometimes absurd plight of refugees. And then we chose a new children’s opera by Christopher Pratorius about the bittersweet leave-taking and homecoming experiences of immigrants in San Francisco’s Mission district. And finally, to celebrate the 80th birthday of Philip Glass, we present his hybrid opera-dance spectacle, Les Enfants Terribles.”’