OPERA PARALLÈLE WELCOMES ATTORNEY JEROME C. ROTH TO ITS BOARD OF DIRECTORS 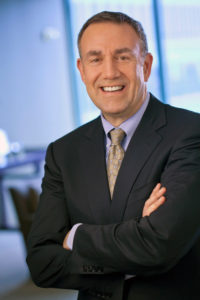 “Jerry’s experience and expertise fit our strategy perfectly as we take Opera Parallèle to the next level of organizational growth,” says Susan McConkey. “Jerry brings to the OP Board his commitment to supporting arts and culture, and complements our efforts to strengthen connectivity with our ever-growing OP community.”

Adds Jerry Roth, “I’m incredibly impressed by Opera Parallèle’s artistic innovation and the fact that, over a relatively short time, it has added so much cultural richness to our region. Joining the Board of this extraordinary arts organization is a tremendous honor,”

Jerry Roth, a litigation partner in the San Francisco office of Munger, Tolles & Olson, specializes in business and international litigation as well as white collar criminal defense. Jerry is recognized by Chambers USA as a “leading lawyer” in white collar litigation in California. He was named by Best Lawyers as the 2016 top lawyer in San Francisco for “bet-the-company” litigation.

Jerry is an active member of the international litigation bar and is also an ICC-trained international arbitration lawyer. He speaks French, Spanish, and Italian and works in German and Portuguese. Jerry is in the current leadership of the Paris-based Union Internationale des Avocats, the world’s oldest international law association. He has also served as co-chair of the ABA Litigation Section’s International Litigation Committee. In addition to his Harvard College and Harvard Law School degrees, Jerry holds a French-language master’s degree in law from the Université de Paris.

Jerry has an active pro bono practice.  He recently served on a pro bono basis as General Counsel to the Blue-Ribbon panel set up by the San Francisco District Attorney to investigate potential bias in the San Francisco Police Department. He has submitted many amicus briefs on LGBT issues including same-sex marriage.  In 2007, Jerry and other ABA members spearheaded a program to train Sudanese lawyers to represent victims of the Darfur tragedy before the International Criminal Court, and he has trained human rights lawyers in Haiti, Brazil and elsewhere around the globe.