Our unique double bill is a highly anticipated event according to Janos Gereben of San Francisco Classical Voice.  Read his featured article to learn more about Kurt Weill’s Mahagonny Songspiel and Francis Poulenc’s Les mamelles de Tirésias.  We know you’ve heard it from us, but now you hear if from him.  This is “a dazzling musical show that will be the talk of town.”  Read the article and then buy your tickets!  Today! 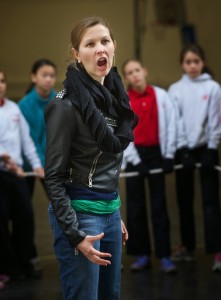 It’s rare to get a clear indication of a production’s quality from a rehearsal, but that’s just what happened on April 19 in the huge empty shell of the old Exploratorium.

An open rehearsal of Opera Parallèle’s upcoming double-bill of Kurt Weill’s Mahagonny Songspieland Poulenc’s La Mamelles de Tirésias (The Breasts of Tiresias) was an Event in itself, a musical-theatrical gem, the source of excitement and discovery. 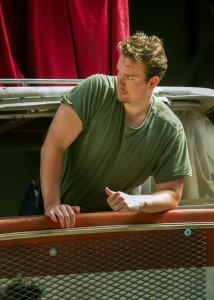 The two works are inviting by themselves, but in a sum greater than its parts, music director Nicole Paiement, producer/stage director Brian Staufenbiel, and a fabulously talented young cast are creating a dazzling musical show that will be the talk of town.

It should not be missed, even though the combined capacity of three shows in the 750-seat Lam Research Theater at Yerba Buena poses a challenge to that aspiration. Now is the time to handle the task of getting in. Read more…