International technology executive and strategic business consultant Marylene Delbourg-Delphis and top arts administrator Parker Monroe have joined the Board of Directors of Opera Parallèle, Board President Jerome Roth has announced. Delbourg-Delphis and Monroe join the organization on the eve of its 10th anniversary as an internationally recognized chamber opera company known for innovative and relevant repertory and ground-breaking productions, most recently the commissioned world premiere of Today It Rains, a chamber opera based on a pivotal incident in the life of American painter Georgia O’Keeffe. For more information about the company, visit www.operaparallele.org .

“Marylene and Parker are ideal additions to the OP board as we are about to begin our second decade as a leader in contemporary opera in the Bay Area and nationally,” says Board President Jerome Roth. “Both of them brings a depth of experience, expertise, and passion in their fields and devotion to the arts and opera that will enhance our reputation and ability to build on a solid ten-year foundation.”

About the New Board Members 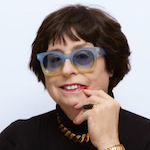 A technology CEO, strategy consultant, and board member, Marylene Delbourg-Delphis was one of the first European women to found (with Guy Kawasaki) a technology company in Silicon Valley. For 30 years, she has empowered organizations to continuously innovate as a full-time CEO and other executive and leadership positions with multiple companies, board member and advisor to more than 30 companies and has negotiated several acquisitions. She currently serves on the board of several companies and is a member of the National Council of the University Musical Society (UMS) of the University of Michigan. In 2018, she was awarded the French Legion of Honor, the highest order of merit for military and civil accomplishments.

A graduate of l’Ecole Normale Supérieure, she holds a Doctorate in Philosophy with minors in Formal Logic and History of Sciences. She studied under the tutelage of French academician & Stanford Professor Michel Serres. She has written several books on fashion and fragrances and curates content about entrepreneurship, innovation and human resources. She recently published a new book: Everybody Wants to Love Their Job—Rebuilding Trust and Culture. 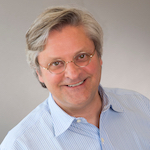 Parker Monroe is an arts executive with a career spanning thirty-five years and management of five symphony orchestras in Boston and San Francisco. For 18 years, he served as Executive Director of the New Century Chamber Orchestra, based in San Francisco. While there, he managed multiple national concert tours, negotiated six collective bargaining agreements, and directed five compact disc recordings and one DVD project. He balanced the orchestra’s budget in 14 of 16 fiscal years and for the last eight years in a row. Since stepping down from New Century, he has served as an interim executive director at Stanford Jazz Workshop and Philharmonia Baroque Orchestra and Chorale. He is a substitute radio host on KALW-FM’s “Revolutions Per Minute”, a Sunday night classical music program. He holds a Bachelor’s degree in History from Kenyon College. In 2019, he will receive a Master’s degree from Stanford University, where he wrote a thesis on music in film. He is married to Teresa Darragh, a pathologist, and they live in Oakland.