San Francisco, CA, December 5, 2018 – Opera Parallèle, the Bay Area’s innovative contemporary chamber opera company, has announced the election of attorney and arts leader Jerome C. Roth as President of the Board of Directors and the addition of marketing, communications and social media leader Jaisette Herrera to the Board.

“We continue to have very strong momentum as we build a board of directors that will move our organization to its next level of growth,” says Debbie Chinn, Executive Director. “With the addition of Jerry Roth and Jaisette Herrera we have found well-respected leaders who bring new perspectives and boldness of thought. It’s exhilarating to welcome their leadership.” OP’s 2018 season continues with the world premiere of Today It Rains, a new opera based on an incident in the life of American artist Georgia O’Keeffe March 28 through 31 at ZSpace in San Francisco. For information about OP, visit www.operaparallele.org.

“Opera Parallèle, San Francisco’s contemporary opera company, and its cutting-edge, hyper-creative approach to the art form, has played an important role in the Bay Area arts scene for nearly a decade,” commented Roth. “I look forward to helping guide the board as the company takes that approach to new heights, presenting gorgeous music that speaks to ever more diverse, demanding audiences.” 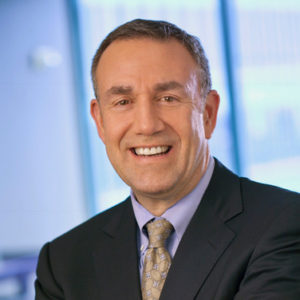 Jerry Roth, a litigation partner in the San Francisco office of Munger, Tolles & Olson, specializes in business and international litigation as well as white collar criminal defense. Jerry is recognized by Chambers USA as a leading lawyer in white-collar litigation in California. He was named by Best Lawyers as the 2016 top lawyer in San Francisco for “bet-the-company” litigation.

Jerry is an active member of the international litigation bar and is also an ICC-trained international arbitration lawyer. He speaks French, Spanish and Italian and works in German and Portuguese. Jerry is in the current leadership of the Paris-based Union Internationale des Avocats, the world’s oldest international law association. He has also served as co-chair of the ABA Litigation Section’s International Litigation Committee. In addition to his Harvard College and Harvard Law School degrees, Jerry holds a French-language master’s degree in law from the Universite de Paris.

Jerry has an active pro bono practice. He recently served on a pro bono basis as General Counsel to the blue-ribbon panel set up by the San Francisco District Attorney to investigate potential bias in the San Francisco Police Department. He has submitted many amicus briefs on LGBT issues including same-sex marriage. In 2007, Jerry and other ABA members spearheaded a program to train Sudanese lawyers to represent victims of the Darfur tragedy before the International Criminal Court, and he has trained human rights lawyers in Haiti, Brazil, and elsewhere around the globe. 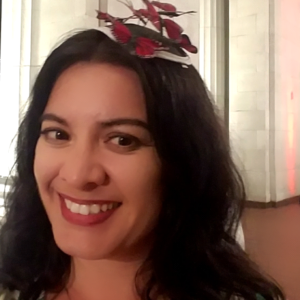 Jaisette Herrera has worked in marketing and communications for over 15 years, specifically working with arts and education nonprofits throughout the Bay Area. She began her professional career working in Latin American markets in the financial sector. Her past affiliations include Washington Mutual, Bay Area Discovery Museum, West Edge Opera, & 51Oakland. She is currently leading digital marketing efforts at KIPP Bay Area in Oakland, focusing on social media, digital marketing, and demand generation. While studying at UC Berkeley she joined the Women’s Chorus and her love of classical music and performance grew. Jaisette has been working with OP for the last three years as the Social Media Consultant on the Marketing Task Force.