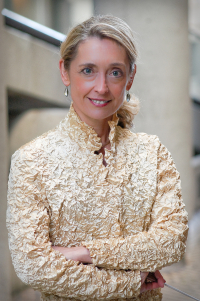 OPERA America, the national nonprofit service organization for opera, recently announced that four new members, including Opera Parallele’s Artistic Director and Conductor Nicole Paiement, have been elected to its Board of Directors. Elections were held during OPERA America’s recent Opera Conference 2013 in Vancouver, British Columbia attended by Paiement and Board of Directors Interim Chair Robert Ripps.

“I am honored to serve on the board of Opera America which does so much important work for opera companies across North America. I am particularly excited to represent contemporary opera and to broaden the definition of opera in the 21st century”, said Paiement.

“It is a great honor to welcome these outstanding members to our Board of Directors,” stated Marc A. Scorca, president/CEO of OPERA America. “Nicole, Kathryn (Kathryn Smith, Madison Opera), Melia (Melia Tourangeau, Utah Opera) and Charles (Charles MacKay, Santa Fe Opera) lead opera companies that exemplify the broad spectrum of the industry today — from presenting world premieres in unusual and intimate venues to mounting classic repertoire on grand stages to designing meaningful programs for their communities. As a result of their demonstrated leadership, strategic and agile decision-making and commitment to our art form, voting was unanimous and enthusiastic.”

San Francisco will be the host city for OPERA America’s Opera Conference 2014: Audiences Reimagined from June 20-23. We look forward to welcoming our colleagues from around North America and the world to our great city and will share our plans for OP’s participation in the conference with you once they have been finalized.