HANDS-ON OPERA: My Head is Full of Colors

My Head is Full of Colors

One morning Maria woke up…..

This year, Opera Parallèle will partner with Creative Arts Charter School to present its first commissioned children’s opera. Written for soprano, baritone, and a children’s chorus, My Head is Full of Colors was composed by Chris Pratorius with a libretto by Opera Parallèle’s own Nicole Paiement. The opera, based on the beloved children’s book by Catherine Friend, will be performed during National Opera Week, on November 1st, in the San Francisco Public Library’s Koret Auditorium. Children from all over the Bay Area will be invited to attend free of charge. We are sincerely grateful to Aroha Philanthropies and the Kimball Foundation for their generous support, and for their recognition of the value of Opera Parallèle’s community outreach programs.

Maria awakes one morning to find her normally plain brown hair replaced by all the colors of the rainbow. Her head is full of colors, and on this day she draws and paints like never before. Each day she wakes up with something unexpected on her head and experiences the world in new and different ways. Her father welcomes her surprising appearance with loving arms and fascinated observation.  My Head is Full of Colors is a life affirming self esteem lesson that ignites imagination and reflects the joys of life and learning.

Join us for a behind the scenes look at the rehearsal process. Watch the director, conductor and singers work together in an actual staging rehearsal in preparation for performances. At the conclusion of the rehearsal, Educational Programs Director Roma Olvera will lead the cast and audience members in a lively question and answer session.

Tickets: Free and open to the public 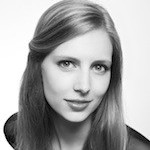 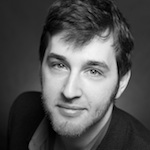 SERGEY KHALIKULOV (BARITONE) FATHER is a graduate of the SF School of the Arts, the UCLA Herb Alpert School of Music, and the San Francisco Conservatory of Music. A frequent performer in both opera and musical theatre, Sergey has performed the title role in Mozart’s Le nozze di Figaro, and principle roles in Puccini’s Gianni Schicchi, Sondheim’s Into the Woods, Roger’s South Pacific, Menotti’s The Medium and the West Coast premieres of Cavalli’s Giasone and Jonathan Dove’s Flight. Upcoming performances include the title role in Don Giovanni, Sam in Trouble in Tahiti, George in Sunday in the Park with George, and Dulcamara in L’elisir d’amore.

CHRIS PRATORIUS (COMPOSER) is a California based composer whose pieces have been performed in New York, Boston, San José, Istanbul, Guatemala, New Haven, Minneapolis, San Francisco, Omaha, Tucson and the Santa Cruz area. Recent premieres include the chamber concerto Untogether, not Apart, commissioned and premiered by New Music Works, as well as a Halloween performance of Diary of a Black Widow by the same ensemble. Other notable projects include the Harp Concerto Claroscuro en Flor, commissioned by Anna Maria Mendieta, the American Harp Society and San José Chamber Orchestra, which premiered last fall under the baton of Barbara Day Turner; a fresh setting of Pablo Neruda’s Poema XX, commissioned by Nicole Paiement for the BluePrint project; Contraponientes, a choral song-cycle based on poetry by Federico García Lorca commissioned by Ariose Singers and Being of One’s Hour, commissioned by Robert Kelley for Santa Cruz Ballet Theater.

Chris, who is half Guatemalan and a native Spanish speaker, is founder and artistic director of Santiago Players, a group of volunteer musicians dedicated to taking classical music, workshops, private lessons, instruments and sheet music to young students of classical music in the Guatemalan Highlands. Chris teaches theory and musicianship at CSU Monterey Bay, music history at UC Santa Cruz, is staff accompanist at The Studio, School of Classical Ballet in Soquel and maintains a private studio.

NICOLE PAIEMENT (LIBRETTIST/ARTISTIC DIRECTOR) has gained an international reputation as a conductor of contemporary music and opera. Her numerous recordings include many world premiere works and she has toured extensively in the US and Asia. Paiement is an active Guest Conductor. She has recently been appointed Principal Guest Conductor at The Dallas Opera where she appeared in February 2014 to conduct performances of Tod Machover’s Death and the Powers (libretto by Robert Pinsky). Nicole Paiement earned rave reviews in her 2012 Dallas Opera debut conducting Peter Maxwell Davies’ 1979 thriller, The Lighthouse.  At the time, Wayne Lee Gay of D Magazine’s Front Row blog wrote: “She combined old-fashioned precision and discipline with up-to-the-minute insight into the complex modernity of the score.” In Januray 2015, she will return to conduct the world premiere of Joby Talbot’s opera Everest. In December of 2014, she will appear as guest conductor with the Washington National Opera. With Opera Parallèle, Paiement has conducted many new productions including the World premiere of the commissioned chamber version of John Harbison’s The Great Gatsby, the West Coast premiere of John Rea’s re-orchestration of Berg’s Wozzeck, Osvaldo Golijov’s Ainadamar and the commission of Dante De Silva’s opera Gesualdo, Prince of Madness – presented as a graphic opera.

In the wake of highly praised performances of Francis Poulenc’s Les mamelles de Tirésias and Kurt Weill’s Mahagonny Songspiel last April, about which Suzanne Weiss of Culture Vulture wrote: “If more people knew that opera could be this cool, more people would go to the opera.” Additionally, Nicole Paiement is the Artistic Director of the BluePrint Project – a new music series sponsored by the San Francisco Conservatory of Music. With this music series, she has commissioned, premiered and recorded works from many living American composers.  Paiement previously served as the Director of Ensembles at the University of California, Santa Cruz, where she conducted the orchestra and opera productions.

BRIAN STAUFENBIEL (CREATIVE DIRECTOR) has helmed the direction and design of Opera Parallèle’s productions since 2007 and is an active cross-disciplinary director and designer. Recent guest directing includes the staging of Schoënberg’s Pierrot Lunaire; the world premiere of Allen Shearer’s The Dawn Makers; the Korean premiere of David Jones’ Bardos; and the Australian premiere of Hi Kyung Kim’s Rituel III. This year, Staufenbiel designed and directed the world premiere of Angel Heart, performed at both Cal Performances in Berkeley and Carnegie Hall in New York City. He shared a residency at Banff with composer Luna Pearl Woolf to create an original theater piece for Percussion, Violin and Cello which was premiered this last May in Montréal. Staufenbiel is also the director of the opera program at the University of California, Santa Cruz, and holds a DMA from the Eastman School of Music.

ROMA OLVERA (EDUCATIONAL PROGRAMS DIRECTOR) is a lyric soprano whose performance background and passion for education have led her to explore the possibilities of educational outreach. She has taught general music in elementary schools and maintained a private studio for voice and piano for 8 years. Ms. Olvera specializes in curriculum development that integrates music into every subject of standardized elementary and high-shool education. She has taught for the San Marcos, Carlsbad and Oceanside School Districts in southern California, as well as developed music programs for underserved communities in Brooklyn and the Bronx in New York City. She has worked with Midori and Friends on a pilot music outreach program and Hofstra University on a teacher development through music program. Currently, she directs the Educational Programs and provides administrative support to Opera Parallèle. Roma holds a Bachelor of Music from UC Santa Cruz in Vocal Performance and a Masters of Music Education from Teachers College, Columbia University.

LAURA ANDERSON (STAGE DIRECTOR) In addition to her work with Opera Parallèle, Laura Anderson’s recent projects include productions with Rork Music, the San Francisco Conservatory of Music, and TEDx Berkeley. Anderson was the production stage manager for the live performance portion of the Emmy-nominated Twin Cities Public Television documentary, Parables, featuring the opera of the same name by Robert Aldridge and Herschel Garfein. She holds a doctorate in opera studies from the University of Minnesota