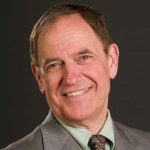 Opera Parallèle is delighted to announce that Dr. Clifford (Kip) Cranna, dramaturg for San Francisco Opera and Advisory Board member for OP, will offer pre-opera talks before each performance of Les Enfants Terribles.

Come early and hear Kip discuss the role of Philip Glass and Les Enfants Terribles in the canon of great opera. These talks are free to ticket holders, and will begin one hour before showtime in Caroline H. Hume Hall at San Francisco Conservatory of Music.

Dr. Clifford (Kip) Cranna is dramaturg at San Francisco Opera, dealing with educational and community outreach projects, commissions of new operas, and musicological support to the staff.  He has served the company since 1979, and for over 30 years was Director of Music Administration. In 2008 he received the San Francisco Opera Medal, his Company’s highest honor.  In 2012 his work was honored with the Bernard Osher Cultural Award for distinguished efforts by an individual to bring excellence to a cultural institution.