Watch 'In the Penal Colony' on-demand

New production originally performed October 5 & 7, 2018 at the Golden Bough Playhouse, Carmel, CA in collaboration with the Day and Nights Festival.

OP continues its ongoing relationship with composer Philip Glass and takes it on the road to collaborate with Glass’ Days and Nights Festival with a new production of In the Penal Colony. Based on a story by Franz Kafka, the opera is set at the turn of the 20th century on a remote island, where a high-ranking visitor arrives to witness the use of a strange machine in the execution of a prisoner. The story and opera are a parable for the consequences of the abuse of power and corruption. 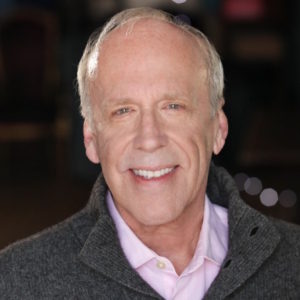 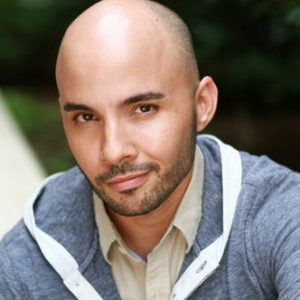 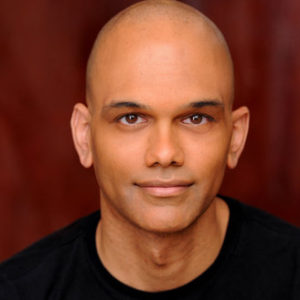 ROBERT ORTH (baritone, “The Officer”) has been named “Artist of the Year” by both New York City Opera and Seattle Opera. He has sung for almost every major opera company in the United States, including those in New York, Chicago, San Francisco, Los Angeles, Houston, Washington, D.C., Seattle, Portland, Miami, Denver, San Diego, Philadelphia, and Boston. Mr. Orth has become known particularly for his roles in new American operas: the title role in the world premiere of Wallace’s Harvey Milk, Frank Lloyd Wright in Hagen’s Shining Brow, Richard Nixon in Adams’ Nixon In China, Owen Hart in the world premiere of Heggie’s Dead Man Walking, The Lodger in Argento’s The Aspern Papers, The Lecturer in Argento’s A Waterbird Talk, Uncle John in the world premiere of Gordon’s The Grapes Of Wrath, and Mr. Stubb in the world premiere of Heggie’s Moby Dick. He has appeared with Opera Paralléle in Dead Man Walking, The Lighthouse, and Champion.

JAVIER ABREU (tenor, “The Visitor”) Puerto Rican tenor Javier Abreu sets himself apart with his energetic performances and commanding presence. Recent and upcoming engagements include Almaviva in Il barbiere di Siviglia with Eugene Opera, Gabriel in Bless Me, Ultima with Opera Southwest, Don Ramiro in La Cenerentola with Opera Orlando, Pigmalione/Beppe in Il pigmalione & Rita with Chicago Opera Theater, Celebrant/ Ricky/Waiter in Brief Encounters with Fort Worth Opera, Lindoro in L’italiana in Algeri with Lismore Music Festival, and Ernesto in Don Pasquale with Pittsburgh Opera. A champion of contemporary opera, Javier premiered the roles of Castleman in The Long Walk with Opera Saratoga, Padre Rufiano in The Inspector with Wolf Trap Opera, Pozolero in La Reina with American Lyric Theater and Prototype, The Cat in the North American premiere of Jonathan Dove’s The Adventures of Pinocchio with Minnesota Opera, and Enano de Salnés in La cabeza del bautista with Gran Teatro del Liceu in Barcelona.

MICHAEL MOHAMMED (actor, “The Prisoner”) has been seen in Luna Pearl Woolf’s Act Without Words (world premiere at Bard Music West), as the Fakir in Secret Garden (42nd Street Moon), as Fatty in The Rise and Fall of the City of Mahagonny (Redwood Symphony), and in the dance film Separate Sentences. His operatic roles include the title character of Handel’s Orlando (Black Box Baroque) and Bertarido in Rodelinda (Handel Opera Project). He has collaborated with the ensemble-created theatre company Mugwumpin. Recent directing credits include Song of the Nightingale (Town Hall Theatre) and Willy Wonka and the Chocolate Factory (Bay Area Children’s Theatre). He works for the San Francisco Conservatory of Music as the Director of the Musical Theatre Ensemble where he will direct Threepenny Opera and The Fantasticks this season. Also a doctoral candidate at Columbia University, Teacher’s College, his research looks at the representation of marginalized persons in operatic and theatrical performance. www.michaelmohammed.net

NY Times – March 25, 2021
In the past, I’ve found the recording of this Philip Glass “pocket opera,” adapted from Kafka’s short story, to be a bit of a slog. But a staging can make all the difference, particularly when dealing (as here) with a talky libretto. This 2018 production by Opera Parallèle — presented as part of this year’s digital edition of Glass’ Days and Nights Festival — has turned me around on the work. Thanks to a strong pair of lead performances and a simple yet effective black-box set, Kafka’s bureaucratized dystopia shines through with a fresh lacquer of bleak humor. SETH COLTER WALLS

A high-ranking visitor arrives in the penal colony. He was invited there to witness the public execution of a prisoner using a strange machine invented by the former commandant of the colony. The machine slowly carves a description of the condemned man’s crimes into his flesh and after hours of excruciating torture kills him. The device is operated by the officer in charge of the prison who is utterly devoted to the machine and to the memory of the deceased commandant who invented it. He is disturbed by the machine’s state of disrepair and the growing criticism of its use, including criticism from the island’s current commandant. He hopes that the visitor will be impressed by the machine and will speak in favor of its “redemptive powers” to the commandant. The visitor is appalled by the machine but sings “It’s always risky interfering in other peoples’ business […] I oppose this procedure, but I will not intervene.”[3] When the officer realizes that the visitor will not actively support him, he frees the condemned prisoner from the machine and climbs onto it himself, seeking the redemption of a slow and painful death. The machine, however, goes haywire and instead of killing him slowly, kills him almost instantly by piercing his skull. It then self-destructs. The visitor boards a boat and leaves the island. 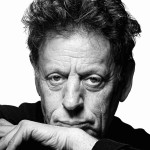 Philip Glass (b. 1937) has had an extraordinary and unprecedented impact upon the musical and intellectual life of his time through his operas, symphonies, and wide-ranging collaborations. Glass’s operas play throughout the world’s leading houses. He has also written music for experimental theater and film.

Glass was born in 1937 and grew up in Baltimore. He studied at the University of Chicago and the Juilliard School. Finding himself dissatisfied with much of what then passed for modern music, he moved to Europe, where he studied with the legendary pedagogue Nadia Boulanger and worked closely with the sitar virtuoso and composer Ravi Shankar.

After returning to New York, Glass formed the Philip Glass Ensemble, which features instruments amplified and fed through a mixer. The new musical style that Glass was evolving was dubbed “minimalism”; Glass preferred to be known as a composer of ‘music with repetitive structures’. In 2015, Glass published his memoir, Words Without Music, and premiered his Double Concerto for Two Pianos with the Los Angeles Philharmonic. 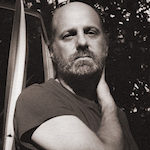 Wurlitzer was born in Cincinnati, Ohio, but the family moved to New York City shortly after his birth. He is a descendant of Rudolph Wurlitzer (1831–1914), founder of the jukebox company of the same name, but the family fortune had long since been diminished by the time Wurlitzer came of age in the 1950s. When he was 17, he found work on an oil tanker and it was on this first trip he began to write. He spent time at Columbia University and in the Army and continued to travel, spending time in Paris, and on Majorca where he worked as a secretary for author Robert Graves. He credits Graves with teaching him how to “write short sentences.” He returned to New York City in the mid-1960s where he met and befriended the artists Claes Oldenburg, Robert Frank, and Philip Glass, all of whom he collaborated with. He is married to photographer Lynn Davis and splits his time between homes in upstate New York and Nova Scotia.