In Parallèle with Poulenc and Weill

In Parallèle with Poulenc and Weill

Hordes of people packed elbow to elbow, shuffling aimlessly in search of a quiet, solitary place to lay down. Befouled, grimy air polluting lungs and thoughts. Throats so parched from the scarcity of drinking water that they’re unable to cry out in agony.

Apocalyptic tales of a world gone wrong have always been a rich canvas on which artists created their visions of a dystopian future. Throw in beautiful operatic music by Francis Poulenc and Kurt Weill, texts by Bertolt Brecht and Guillaume Apollinaire, and a cautionary tale tying it all together and you have a multi-dimensional performance piece of beauty and despair and Opera Parallèle’s next challenge.

On April 25, 26, and 27, Opera Parallèle will present Mahagonny Songspiel and Les mamelles de Tirésias, a performance of both pieces in a newly staged format that meshes the two otherwise disparate operas together.

“(The audience) is going to see something unusual, very original, something intriguing, and something of quality,” promised Brian Staufenbiel, resident stage director and concept designer for Opera Parallèle. 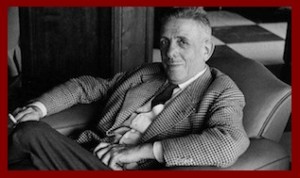 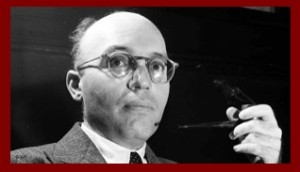 Double bills of Mahagonny Songspiel  (Weill and Brecht’s abbreviated version of their full-length opera The Rise and Fall of the City of Mahagonny) and Poulenc’s opera Les mamelles de Tirésias (The Breasts of Tirésias), based on a story by Apollinaire, are not unusual. But in Opera Parallèle’s quest to present contemporary opera with a new spin, Staufenbiel has created an overarching story that ties both pieces together. It places them in a future that today’s headlines of drought, war, and famine suggest may not be too far away. Ironically, the news of the day in the pre-World War I era when Apollinaire wrote his story, and the pre-World War II Nazi Party rise to power that was beginning as Weill wrote Mahagonny held their own ominous portents.

Mahagonny tells the tale of a tribe of wanderers searching for a Utopia that, given the decayed and turbulent times they live in, they are not likely to find. Women lament the lack of whiskey or pretty boys. A character named Jimmy, who claims to be God, threatens to throw them into hell. “They look back and say, ‘How are you going to throw us into hell when we’re already in hell,” Staufenbiel said. “It’s a great kind of Brechtian response.”

Les mamelles is a surreal story (Apollinaire was one of the forefathers of the surrealist movement) in which a husband devises a way to give birth to thousands of children in a single day — his response to women yearning to be more like men to the point that one cuts off her breasts to be more manly. But in a world where many people are dying of hunger and water is more valuable than gold, who will feed these children? 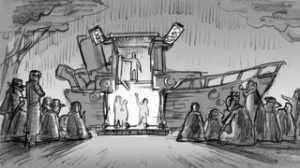 The structure Staufenbiel has devised to connect these stories is a “macro-narrative” of an inhospitable future similar to the aesthetic of the “Mad Max” movies. The performance opens with Mahagonny, which is more like a small oratorio with “larger arching ideas” than a real narrative story. Mahagonny is performed in its entirety and then the desert wanderers in its story meet a theater troupe that tells the story of Les mamelles in hopes of bartering their entertainment for some of the goods and possessions of the wanderers. Parts of Mahagonny Songspiel, in a transformed state, are heard again following Les Mamelles, making the story timeless and never-ending.

“What I thought,” Staufenbiel said, “was with this idea of overpopulation that and (the drought) we’re going through right now, it would be interesting to superimpose these two operas and suggest through our current state of overpopulation, all of our resources due to overpopulation, overconsumption, are gone.

Opera Parallèle’s focus on the intersection of arts and social issues, and the current drought, make the focus on the depletion of resources timely. Staufenbiel: “We’re superimposing that idea (the macro-narrative) on these two pieces. And yet, they each have their own integrity.”

To help realize his idea, Staufenbiel is bringing together the artistic crew that has helped realize many of Opera Parallèle’s previous productions, including Director of Production Frédéric Boulay, Lighting Designer Mathew Antaky, Costume Designer Christine Crook, and Set Designer Dave Dunning. The use of video projections by David Murakami will create a desert-like atmosphere.

“I like working with them… they’re game in creating something really unusual, and they’re not afraid to push the envelope,” Staufenbiel said.

Other performers include the San Francisco Girls Chorus, who were seen in last year’s production of  Ainadamar, and members of the Resound Ensemble.

Mahagonny Songspiel with Les mamelles de Tirésias will be performed at the Yerba Buena Center for the Performing Arts’ Lam Research Theater at 8 p.m., April 25 and 26, and at 2 p.m., April 27.

Tickets are on sale now!