Twenty-five years after its world premiere, Harvey Milk returns to San Francisco.  Hailed as “The best new American opera in many years,” the 1995 premiere was barely sixteen years after the murders. The opera was seen as “ripped from the headlines”, though that was never the intent.  For this new production, Stewart Wallace & Michael Korie have radically reimagined the score with an emphasis on its mythic elements as a celebration of Harvey Milk’s life.  Appropriately, this premiere coincides with Harvey Milk’s 90th Birthday and is proudly part of a city-wide celebration.

As the centerpiece of its 10th Anniversary season, Opera Parallèle is proud to revive this modern classic.  This new Harvey Milk is streamlined.  It’s taut and visceral.  Michael Korie’s libretto now unfolds in two very direct, swift-moving acts, capturing the whirlwind energy of Harvey Milk as he transforms himself from Wall Street stockbroker to the leader of one of the most influential civil right movements of the 20th century.

This truly San Francisco story is a timely and potent call to action as it evokes the power of Milk’s activism and challenges us to come out for justice. 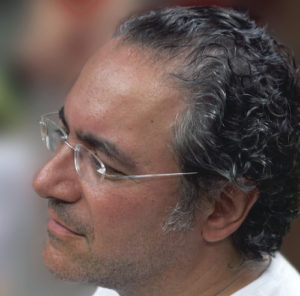 STEWART WALLACE is known for his groundbreaking operas, especially his two San Francisco premieres The Bonesetter’s Daughter and Harvey Milk. His music has been called “brave, bold and important,” “truly staggering,” and “a potent addition to the repertoire.” The Bonesetter’s Daughter inspired both a documentary for PBS and a book by Chronicle Books which includes the libretto by Amy Tan. The San Francisco Opera’s studio recording of Harvey Milk is available on Teldec Classics. Over thirty years with works in every genre, Wallace has collaborated with a diverse group of artists including Michael Korie, Richard Foreman, Christopher Alden, Evelyn Glennie, Marc Ribot, and Amy Tan. His four operas with librettist Michael Korie share an obsession with what it means to be American, the dark undercurrents in our politics and a perhaps naive sense that art can change the world. Stewart Wallace is a Director Member of the Board of Yaddo, the renowned artist retreat. His music is published and represented internationally by Schott. 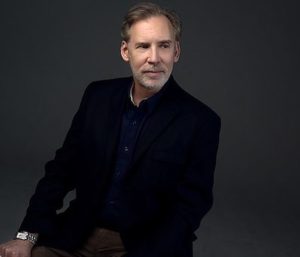 MICHAEL KORIE received The Marc Blitzstein Award from the American Academy of Arts and Letters for his work in opera and musical theater. His librettos to operas composed by Stewart Wallace include Harvey Milk, Where’s Dick?, Kabbalah, Hopper’s Wife, and SuperMax set to premiere in 2020. He adapted Steinbeck’s novel for the libretto to The Grapes of Wrath composed by Ricky Ian Gordon. The Garden of the Finzi-Continis, also with Gordon, premieres in 2020 at New York City Opera. His operas have been produced at San Francisco Opera, Houston Grand Opera, Minnesota Opera, New York City Opera, BAM Next Wave Festival, Opera Theater of Saint Louis, Michigan Opera Theatre, and abroad in Germany and Australia. For musical theater, Korie wrote the lyrics to composer Scott Frankel’s music for the Broadway productions of War Paint and Grey Gardens, and the Off-Broadway productions of Far From Heaven and Happiness. Next year, a new musical collaboration with James Lapine and Tom Kitt premieres at Lincoln Center Theater. Korie’s lyrics received the Edward Kleban Prize, Jonathan Larson Award, and the ASCAP Richard Rodgers Award. He teaches lyric writing at Yale, libretto writing at Columbia, and serves on the council of the Dramatists Guild.