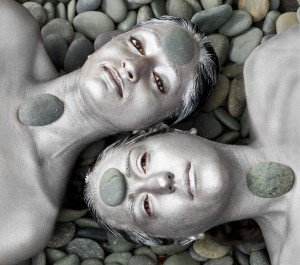 “Why did Gertrude Stein and I decide to write an opera about saints? Simply because we viewed a saint’s life as related to our own. In all times the consecrated artist has tended to live surrounded by younger artists and to guide them into the ways of spontaneity. And thus to characterize one’s gift is indeed to invite “inspiration” and just possibly, through art, make “miracles.”
— Virgil Thomson

At the time of its debut in 1934, Four Saints in Three Acts overturned operatic convention with a libretto by Gertrude Stein that emphasized the sound of words over story. Spurred by Stein’s language play is Virgil Thomson’s sublime score, which celebrates the hymns and folks songs at the heart of American music. Opera Parallèle’s new staging is a more structured tragicomic opera that follows the passage of the Saints Theresa and Ignatius from life to death, with interconnecting dark-comedy vignettes that explore some of society’s views of life, death and justice. Thomson’s final score unfolds in iconic scenes of moral decision making: the bedroom, the operating room and the courtroom.

“Ensemble Parallèle (currently Opera Parallèle), a San Francisco-based producer of avant-garde operas, captures much of the madness of the heavily abstract work with a playful, exquisitely sung and elegantly designed production”. (…) Ensemble Parallèle’s formidable creative team makes the action work. The stage is peopled with strong performers who can sing, act and dance – and draw out the silly side of the opera. The lusty bass-baritone John Bischoff as Compère and Maya Kherani, the warm-voiced and graceful soprano who plays Saint Settlement, give particularly engaging performances. Led by Nicole Paiement, the chamber orchestra plays Thomson’s folksy score with similar abandon, infusing the composer’s honky-tonk melodies with spirited lightness and precision.
—Chloe Veltman, The Bay Citizen

“Once again Ensemble Parallèle (currently Opera Parallèle)has demonstrated its capacity for original thinking dignified with the conscientious execution it deserves. The only downside is that all of this admirable effort will receive only two more opportunities for presentation.”
—Stephen Smoliar, San Francisco Classical Music Examiner 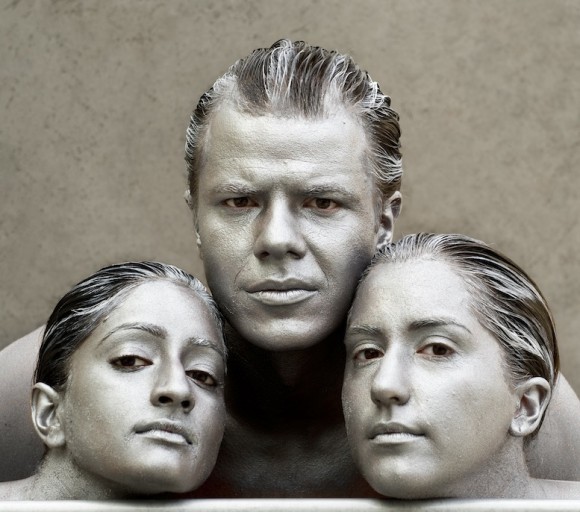