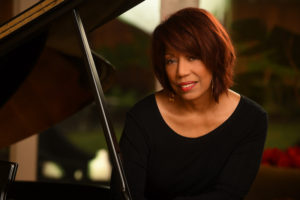 Each year, Opera Parallèle partners with school students to create and perform an original opera during an intensive eight-week residency. This year’s world premiere production features an original score by Bay Area jazz great Marcus Shelby and a libretto by Roma Olvera based on the story of a middle school girl who triumphs over the challenges of adolescence with Civil War-era legend Harriet Tubman as her role model and spirit guide. Students of Rooftop Alternative School in San Francisco will share the stage with professional singers and Jazz Ensemble in creating the production. OPs Hands-On-Opera production annually draws capacity crowds.

“The themes of bullying, strength of voice, powerful models, compassion, and the impact of inclusion are themes that stand just individually, stand strongly on their own,” says Denise Young Smith, the production’s sponsor. “In Harriet’s Spirit, these themes are all intertwined over Marcus Shelby’s powerful and beautifully melodic score, and Roma Olvera’s globally relatable libretto. It is opera, it is jazz, it is the richness of gospel and the truth of the human spirit… voiced through one of the most powerful historical figures in American history. It is each of us, yet heard through the voices of our children.”

“When I first heard of the project last year it resonated for me as representative of everything important to me, everything I stand and have stood for in life as a woman of color and an advocate of making way for all voices to be heard and represented. Layer on the importance of these conversations in this moment in time… and with my professional background, Harriet’s Spirit took on a level of personal importance. Serving the production both creatively and as sole sponsor has been a great joy and will continue to allow me to engage as this important work evolves.”

Having recently closed a two-plus-decade career at Apple, where she served as the first worldwide vice president of inclusion and diversity, Denise Young Smith is currently executive-in-residence at Cornell Tech, working with students and faculty to help them understand the value of true diversity and inclusion at early career stages. Known as one of the most powerful black women in Silicon Valley, Denise reported directly to Apple CEO Tim Cook and led the company’s ongoing efforts to diversify itself and to see its full ecosystem become as inclusive as possible. Prior to that role, she sat on the leadership team that built Apple’s retail organization, taking it from 20 to 428 stores globally. Denise also led HR for Apple’s Worldwide Operations and Corporate Employee Relations teams. She has been named a “Most Powerful Woman” by Ebony Magazine and Black Enterprise, has been one of “100 Most Influential in Silicon Valley” by Business Insider, and has been featured in Fortune’s “Most Powerful Women” issue. Outside the tech world, Denise is an accomplished soprano and vocal artist who has graced local and international recital halls—including Carnegie and SFJazz—with classical works, American spirituals and jazz standards. She will release her long-awaited solo debut album Denise Young Soprano early this year, featuring performances of multi-genre classics in collaboration with other exceptional, award-winning artists, including producers William “Tuck” and Patti Cathcart Andress. A graduate of Grambling State University in Louisiana, Denise holds a bachelor’s degree in journalism and communications and a master’s degree in organizational management. She is the proud mother of artist Ian S. Young, most recently lauded for his contribution to downtown San Jose’s multicultural artistic landscape.