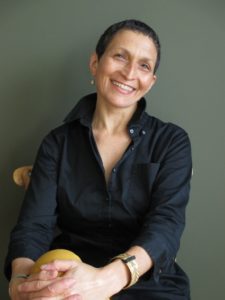 Supported by the Virginia B. Toulmin Foundation

July 31, 2017 (New York) — OPERA America, the national service organization for opera and the nation’s leading champion for American opera, is pleased to announce the latest recipients of Commissioning Grants from the Opera Grants for Female Composers program, made possible through the generosity of the Virginia B. Toulmin Foundation.A total of $100,000 was awarded to the following companies in support of six projects:

A total of $100,000 was awarded to the following companies in support of six projects:

These grants, which were awarded by an independent adjudication panel, provide funds that cover up to 50 percent of each composer’s commissioning fee.

Today It Rains is a chamber opera inspired by a real event in the life of American artist Georgia O’Keeffe. On the rainy morning of April 29, 1929, O’Keeffe boarded a train in New York with fellow artist Rebecca Strand. Yearning for escape and creative fulfillment, O’Keeffe left behind a tumultuous marriage with photographer and influential curator Alfred Stieglitz. Three days later, she arrived in Santa Fe, New Mexico, soon to be inspired by the power of the area’s landscape and ready for a new artistic experience.

Laura Kaminsky was the recipient of a 2014 Discovery Grant for As One, and her opera Some Light Emerges garnered a 2016 Commissioning Grant for Houston Grand Opera. (Both works feature librettos by Mark Campbell and Kimberly Reed).

Over the past 30 years, OPERA America has awarded $13 million to its Professional Company Members in support of new American operas. Until the launch of Opera Grants for Female Composers in 2013, fewer than five percent of the organization’s grants for repertoire development had been awarded to works by female composers.

Opera Grants for Female Composers seek to promote the development of works by women, as well as raise the visibility of women writing for the operatic medium and increase diversity across the field. The program consists of two granting components: Commissioning Grants of up to $50,000 that are awarded to opera companies for commissions by female composers, and Discovery Grants of up to $15,000 that are awarded directly to female composers to advance new works. Since its inception, the program has awarded a total of $700,000 to opera companies and composers.

“Thanks to the continued support of the Toulmin Foundation, works by women are gaining traction on stages across North America,” stated Marc A. Scorca, president/CEO of OPERA America. “This year, we received more applications for Commissioning Grants than ever before — a testament to our members’ investment in works by women — and among the funded works, three are by composers who previously received Discovery Grants. We are grateful to the Toulmin Foundation for enabling us to continue this important work, which has brought noteworthy composers to the forefront and has enlivened our operatic repertoire with new works.”

For more information about OPERA America, its many programs, and the National Opera Center, visit operaamerica.org.