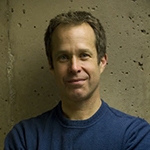 Brian Staufenbiel is the creative director for Opera Parallèle where he has directed and spearheaded the conceptual designs of the company’s productions since it was founded in 2010. Specializing in multimedia, immersive, and interdisciplinary productions, he actively works across a wide range of artistic disciplines collaborating in film and with media designers, choreographers and dancers, circus and fabric artists, and designer fabricators. His progressive approach to stagecraft has garnered critical acclaim for many of the company’s productions, including Wozzeck, Orphée, Champion and Dead Man Walking.

Staufenbiel recently directed films for the online festival season of the Sun Valley Music Festival, a film of Dove/Angelis’ Flight for Seattle Opera, and a graphic novel  film of Talbot/Scheer’s Everest with Opera Parallèle. Other upcoming projects include the premiere of Miguel Zenon’s Golden City Suite with SF JAZZ,  a feature-length film of Gordon Getty’s opera Goodbye Mr. Chips for Festival Napa Valley,  a project with  L’Opéra De Montréal, and a documentary about the life of Frederica Von Stade with Paper Wings Films. Staufenbiel will be co-directing, with choreographer Yayoi Kambara, Ikkai, a dance installation about Japanese incarceration camps in the United States during World War II.

Staufenbiel enjoys an ongoing relationship with composer Philip Glass, having directed a number of his operas including In the Penal Colony for Philip’s own festival. The production is currently streaming an a new platform, Philip Glass Days and Night’s Festival Presents and was named a New York Times Top Ten pick.

Staufenbiel’s interdisciplinary approach to opera extends to his academic activity. He recently left his position after seventeen years as the director of the opera program at the University of California, Santa Cruz, where he has mounted a wide spectrum of award winning productions ranging from traditional operas to original works by contemporary composers. Staufenbiel holds degrees in Philosophy and Music including a Doctorate of Musical Arts from the Eastman School of Music and currently resides in San Francisco.