Tenor William Burden and Mezzo-Soprano Frederica von Stade headline this intimate, one-night-only event featuring the music of Berthomieu, Brackett, Britten, Brubeck, Duparc, Glass, Hammerstein (Arthur, not Oscar), Piaf, and Shelby. They will be joined by Soprano Christabel Nunoo, a protégée of Flicka’s who starred in the title role of OP’s “Harriet’s Spirit”, and dancer Brett Conway who was featured in OP’s Les Enfants Terribles, in a celebration of music and dance (with a few surprises) done in inimitable OP style. 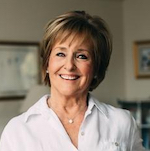 Recognized as one of the most beloved musical figures of our time, Frederica von Stade has enriched the world of classical music for three decades with her appearances in opera, concert, and recital. The mezzo-soprano is well known to audiences around the world through her numerous featured appearances on television including several PBS specials and “Live from Lincoln Center” telecasts. She has made over sixty recordings with every major label, including complete operas, aria albums, symphonic works, solo recital programs, and popular crossover albums. Her recordings have garnered six Grammy nominations, two Grand Prix du Disc awards, the Deutsche Schallplattenpreis, Italy’s Premio della Critica Discografica, and “Best of the Year” citations by Stereo Review and Opera News. Miss von Stade was awarded France’s highest honor in the Arts when she was appointed as an officer of L’Ordre des Arts et des Lettres, and in 1983 she was honored with an award given at The White House by President Reagan in recognition of her significant contribution to the arts.

Keisuke Nakagoshi began his piano studies at the age of ten, arriving in the United States from Japan at the age of 18. Mr. Nakagoshi earned his Bachelors degree in Composition and Masters degree in Chamber Music from the San Francisco Conservatory of Music, where he studied composition with David Conte and piano with Paul Hersh. Graduating as the recipient of multiple top awards, Keisuke was selected to represent the SFCM for the Kennedy Center’s Conservatory Project, a program featuring young musicians from major conservatories across the United States.

Mr. Nakagoshi has performed to acclaim on prestigious concert stages across the United States, including the Kennedy Center, Carnegie Hall, the Hollywood Bowl, and Davies Symphony Hall in San Francisco. He has received training from some of the most celebrated musicians of our time – Emanuel Ax, Gilbert Kalish, Menahem Pressler, Robert Mann, Paul Hersh, David Zinman – and enjoys collaborating with other accomplished musicians such as Lucy Shelton, Ian Swensen, Jodi Levitz, Robin Sutherland, Lev Polyakin, Axel Strauss, Mark Kosower, Gary Schocker and also conductors such as Alasdair Neale, George Daugherty, Nicole Paiement, Michael Tilson Thomas and Herbert Blomstedt. In 2014, he made a solo debut with San Francisco Symphony on Ingvar Lidholm’s Poesis with Herbert Blomstedt conducting.

In 2009, Keisuke and Swiss pianist Eva-Maria Zimmermann formed ZOFO, a piano duet team commissioning and performing music for piano four hands and their first CD was nominated for Grammy award for best chamber music/small ensemble in 2013. Mr. Nakagoshi is currently Pianist-in-Residence at the San Francisco Conservatory of Music, and he serves as pianist in the production team for Opera Parallèle.

Soprano Christabel Nunoo recently obtained her Bachelor of Music in Vocal Performance from the University of Michigan School of Music, Theatre, & Dance. She has sung in masterclasses led by esteemed artists such as Martin Katz, Evelyn Lear, Roderick Dixon, Jesse Blumberg, and Reri Grist. She is a former member of the Young Musicians Choral Orchestra from 2004 to 2012 where she also played principal clarinet in the orchestra. Christabel has been invited to perform on several occasions with renowned Metropolitan Opera mezzo-soprano Frederica von Stade and was featured in a concert with American composer Jake Heggie for San Francisco Performances. She made her solo debut in 2012 with the Oakland Symphony under the direction of Michael Morgan at the Target Independence Day Celebration. She appeared with the Oakland Symphony again in June 2013 in A Celebration of the Music of Dave Brubeck,  performing alongside Frederica von Stade and Dave’s son Chris Brubeck. Christabel owes her passion and dedication for the arts to her mother who always pushed her to work hard and find her niche in life.