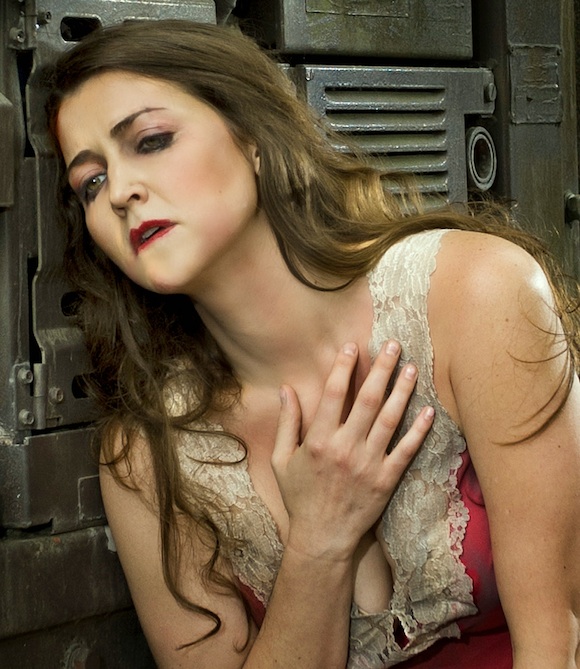 Composed by ‘British Composer Award’ Winner Adam Gorb to a libretto written by Ben Kaye, Anya17 was written specifically to raise awareness of the secret world of human trafficing, where up to 800,000 young women and children are trafficked into the EU every year. Based on extensive research with caseworkers and experts from ten supporting charities, Anya17 is a highly dramatic interpretation of the lives of four young women trafficked from Eastern Europe and sold into sexual slavery.

Amidst a maelstrom of deception, secrecy, betrayal, violence and apparent hopelessness, Anya17 explores the minds and motivations of this diverse group of young women, their families, their lovers and their captors. In a collision of East and West values, and where human beings are treated as mere commodities to be bought and sold, Anya must find an ultimate inner strength and use all of her resources to survive in hope of redemption. The only alternative is a spiral of despair to death. As the drama escalates inescapably towards its dramatic finale, perhaps death is indeed the only way out. 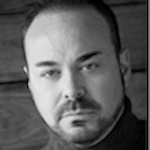 VICTOR BENEDETTI (BARITONE) VIKTOR: Began his career as a member of the opera studio at the Lyric Opera of Chicago. He made his debut with New York City Opera in the title role of Don Giovanni. He has sung on many of the major American opera stages including Glimmerglass Opera, Florida Grand Opera, and Washington National Opera. His many roles include the title role in Wozzeck, Falstaff  and Dallapiccola’s Il Prigioniero as well as Germont in La Traviata, Marcello in La Bohème, Sharpless in Madama Butterfly, and  Enrico in Lucia di Lammermoor. 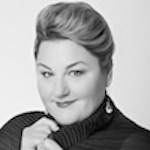 CATHERINE COOK (MEZZO-SOPRANO) CAROLE/NATALIA:  Sang the title role in Tobias Picker’s Dolores Claiborne with San Francisco Opera. Recent highlights include a return to the Metropolitan Opera as Marthe in Faust and a soloist in Heggie’s The Deepest Desire for Noe Valley Chamber Music. A regular artist with San Francisco Opera, she has performed Arlene Kamen/Wang Tai Tai in Wallace’s The Bonesetter’s Daughter, and La Ciesca in Gianni Schicchi. Next season she returns to San Francisco Opera as Mrs. McLean in Floyd’s Susannah and Marcellina in Le nozze di Figaro. 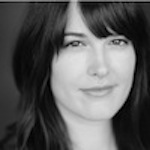 LAURA KRUMM (MEZZO-SOPRANO) ELENA: Has been praised for her “smooth, exceptionally beautiful mezzo and equally smooth stage presence.” An Iowa native, Laura Krumm is a graduate of the San Francisco Opera’s Adler Fellowship.  In 2013 she performed two world premiere operas with the company, as Martha in Nolan Gassers Secret Garden and a Maid in Tobias Picker’s Dolores Claiborne.  She also made a role debut as Rosina in the company’s Barber of Seville for Families.

ANNA NOGGLE (SOPRANO) ANYA: Has appeared in leading roles and in concert with Opera Colorado, Virginia Opera, Dicapo Opera Theatre, Opera Hispánica, the Bourgas Opera of Bulgaria, the Alfredo de Saint Malo Music Festival of Panama, La MaMa Experimental Theater Company and at the Rose Theatre at Lincoln Center. Her credits include the Governess in The Turn of the Screw, Violetta in La Traviata, Mimì in La Bohème, Tatyana in Eugene Onegin, and Fiordiligi in Così fan tutte among others. Ms. Noggle has recorded for both the NAXOS and Fermata Publications labels. 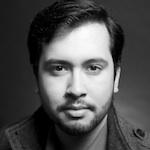 ANDRES RAMIREZ (TENOR) URI/GABRIEL: Was previously seen performing with Opera Parallèle as Fabrizio in the reading workshop of Dante De Silva’s Gesualdo: Prince of Madness, Bill and Boy 1 in the double bill of A Hand of Bridge and Trouble in Tahiti, and el Torero in Ainadamar.  Other highlights include: Macheath in The Threepenny Opera with Waffle Opera, Eisenstein in Die Fledermaus, Rinuccio in Gianni Schicchi, and Don Ottavio in Don Giovanni. Andres is a student of Cesar Ulloa and he studied at the San Francisco Conservatory of Music (Class of 2014). 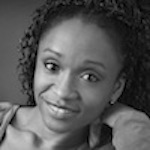