THE LITTLE PRINCE, HARRIET’S SPIRIT, TROUBLE IN TAHITI, AT THE STATUE OF VENUS AND MORE HIGHLIGHT THE SEASON OF THREE PROGRAMS AND ANNUAL UP CLOSE AND PARALLÈLE GALA DEC. 1 2017 THROUGH FEB. 18 2018

San Francisco, May 15, 2017 – Innovative productions of Rachel Portman’s The Little Prince, Leonard Bernstein’s Trouble in Tahiti paired with Jake Heggie’s At the Statue of Venus, the world premiere of a new children’s opera by Bay Area jazz great Marcus Shelby inspired by the life of Harriet Tubman, and the annual Up Close and Parallèle gala will highlight the 2017-2018 season of Opera Parallèle just announced. The creative team for all three productions will be headed by founding Artistic Director/Conductor Nicole Paiement, and Creative Director Brian Staufenbiel. The season runs from October 11, 2017, through February 18, 2018, with performances in San Francisco at the Cowell Theater, SFJAZZ, and the African American Art & Culture Complex. 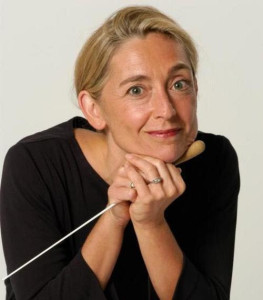 “Since our beginning nearly a decade ago, we have always taken a bold look at contemporary opera,” says OP founder and Artistic Director Nicole Paiement. “Sometimes this means producing new works from compelling composers, sometimes it involves taking a new look and creating a fresh vision with more familiar operas. Our next season continues this tradition. Our goal is to vary our selection so we continue to bring relevant universal themes and stories to the stage while expanding our audience and collaborating with other artists and organizations. OP is excited to join forces again this year with SFJAZZ, the San Francisco Girls’ Chorus, the African American Art & Culture Complex, and Fort Mason, along with numerous artists including visual artists Sherry Parker and Matt Kish. This season, it is time to bring family and friends to the opera. Two productions will focus on stories that include our youth while still appealing to the “young at heart”. Our third production celebrates the American Voice in opera—honoring Leonard Bernstein’s 100th birthday along with San Francisco’s own preeminent composer Jake Heggie. In these challenging times, our season will focus on the trials and triumphs of being human in our fast-moving era. We hope to engage new audience members of all ages to fall in love with the expressiveness and emotional power of opera and we know seasoned opera-goers will fall in love with it all over again. Join us for our 2017-2018 journey from the far reaches of outer space to the inner workings of the heart!”

Up Close and Parallèle Annual Gala 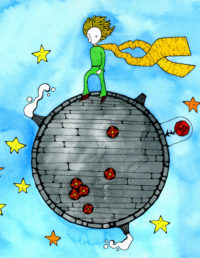 Academy Award-winning English composer Rachel Portman’s magical opera in two acts comes to the Opera Parallèle stage with a twist in collaboration with the San Francisco Girls Chorus and the Cowell Theater. Antoine de Saint-Exupéry’s beloved story of a charming boy who falls from space into the Sahara desert takes on even more universal appeal and a feminist touch with the principal characters played by women and girls. The original production brims with digital magic, animated illustrations, and a cast of fantastical characters including the Prince and the Pilot, stars and birds, the King, a Businessman, the Rose and others. They interact with each other and the animation as they explore the universe in search of love, meaning and the answers to life’s biggest quandaries.

Each year, Opera Parallèle partners with school students to create and perform an original opera during an intensive eight-week residency. This year’s world premiere production features an original score by Bay Area jazz great Marcus Shelby and a libretto by Roma Olvera based on the story of a middle school girl who triumphs over the challenges of adolescence with Civil War-era legend Harriet Tubman as her role model and spirit guide. Students of Rooftop Middle School in San Francisco will share the stage with professional singers and Jazz Ensemble in creating the production. OP’s Hands-On-Opera production annually draws capacity crowds. 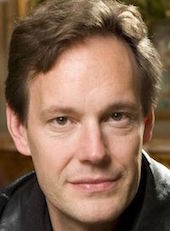 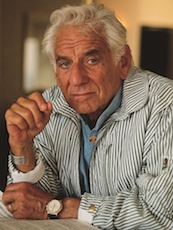 Trouble in Tahiti (1951)
Music and libretto by Leonard Bernstein

Opera Parallèle and SFJAZZ come together again, celebrating the American Voice in Opera with One Story Two Operas. The 100th anniversary of the American composer and conductor’s birth provide the perfect opportunity to love his work all over again.OP will celebrate the many facets of love and relationships with a seamless before and after pairing of San Francisco’s preeminent composer Jake Heggie’s new orchestration of At the Statue of Venus and Leonard Bernstein’s biting commentary on post-war materialism in Trouble in Tahiti. This program will also feature a dynamic look at other artists who inspired and were inspired by Bernstein. The two operas when presented together eloquently describe a relationship from anticipation and first meeting (At the Statue of Venus) to the ups and downs of matrimony and life (Trouble in Tahiti). OP and SFJAZZ continue their own relationship begun in 2016 with Terence Blanchard’s Champion and present this fully-staged musical mash-up to honor “Lenny’s” centennial.