Opera Parallèle continued its educational outreach with its third ‘Hands-On-Opera’, Amazing Grace. Students from St. Martin de Porres School joined professional singers and an Opera Parallèle creative team for an eight-week artist in residency program to prepare and perform a fully staged and costumed opera. Santa Cruz composer and OP Composer-in-residence Chris Pratorius composed his second consecutive Hands-On-Opera with a libretto by Opera Parallèle’s own Brian Staufenbiel and Educational Programs Director Roma Olvera. It was performed Nov. 12 and 14, 2015 at the African American Art & Culture Complex in San Francisco. Opera Parallèle’s production of Amazing Grace was named one of “Five Standouts This Month” of contemporary art events in San Francisco! Read the article in SF/Arts HERE. 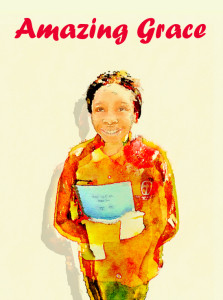 Grace loves stories. She loves listening to them, she loves reading them, and she loves making them up.  Most of all, Grace loves to act them out – and she has always given herself the most exciting role.

So when her class decides to put on a play of Peter Pan, Grace knows exactly which part she wants. But her classmates don’t understand – how can a girl be Peter Pan? When her Nana tells her a true story of her Aunt Janet, based on the life of Janet Collins, the first African American to be a principal ballerina for the Metropolitan Opera, Grace’s confidence is restored and she sets out to prove she can do anything she puts her mind to… and the results are amazing indeed!

Click HERE to watch a video about Hands-on-Opera and Amazing Grace. 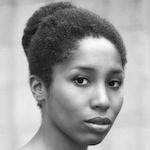 YEMONJA STANLEY (SOPRANO): GRACE – graduated with honors from the San Francisco Conservatory of Music in 2013 where she performed the roles of Sandman in Engelbert Humperdinck’s Hansel and Gretel, the title role of Handel’s Agrippina and the role of Ginevra in Handel’s Ariodante. Throughout her studies, she performed scenes from works such as Dialogues of the Carmelites, Don Giovanni, Le Nozze di Figaro and Falstaff. In the spring of 2012, she sang soprano in the lieder project: Trio Passionale alongside Frederica von Stade and under the direction of Lotfi Mansouri. In March of 2013, she was the soprano soloist in Mendelssohn’s Elijah with the Nova Vista Symphony in San Jose. She has gone on to sing the roles of Musetta in Puccini’s La Bohème with Opera on the Avalon and Miss Jessel in Britten’s The Turn of the Screw with Opera Theater Unlimited. Most recently she joins the San Francisco Opera Guild teaching artists as Pamina and First lady in The Magic Flute. 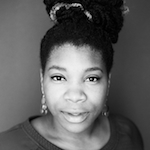 JASMINE JOHNSON (MEZZO-SOPRANO): NANA – is currently receiving her bachelor’s degree from San Francisco Conservatory of Music in the studio of Cesar Ulloa. Highlights of her work there include scenes from the Marriage of Figaro (Marcellina), L’italiana in Algeri (Isabella), and the role of Annabella in the musical Nine. Full operatic roles include Mrs. Herring in Albert Herring with SFCM and Mrs. Grose in The Turn of the Screw with Opera Theater Unlimited. 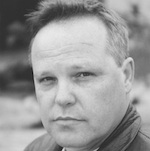 J. RAYMOND MEYERS (TENOR): PAW PAW – has sung with the opera companies of San Francisco, Portland, Anchorage, Tampa, Grand Rapids, Utah Festival, Toledo and many others. In 2009, he sang Rodolfo in La Bohème with Oregon’s Rogue Opera, and played the opera singer in the Oscar winning movie “Milk.” In January 2010 he sang Andres in Wozzeck with Opera Parallèle and the Astoria Music Festival. In April of that same year, the tenor returned to Opera San Jose to sing Prunier in La Rondine.  Most recent: Howard Boucher in Dead Man Walking with Opera Parallèle, The Governor in Candide with Oakland East Bay Symphony, the Prince/Marquis in Lulu with West Edge Opera, and Canio in I Pagliacci at Pocket Opera in June 2015. Upcoming: Terra Nostra|Lux Aeterna with San Francisco Choral Society in November, CPE Bach’s Magnificat with Mission Delores Church in December and I Pagliacci with Pocket Opera again in May 2016.

St. Martin de Porres Catholic School provides Northern and Western Oakland communities with a multi-racial, multi-ethnic, and multicultural K- 8 educational experience. Mutual friend Frederica von Stade, who is both an Advisory Council member at Opera Parallèle and a Board of Trustees member at St. Martin de Porres, encouraged the partnership. 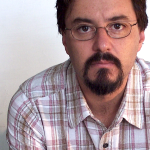 Recent premieres include the chamber concerto Untogether, not Apart, commissioned and premiered by New Music Works, as well as a Halloween performance of Diary of a Black Widow by the same ensemble. Other notable projects include the Harp Concerto Claroscuro en Flor, commissioned by Anna Maria Mendieta, the American Harp Society and San José Chamber Orchestra, which premiered last fall under the baton of Barbara Day Turner; a fresh setting of Pablo Neruda’s Poema XX, commissioned by Nicole Paiement for the BluePrint project; Contraponientes, a choral song-cycle based on poetry by Federico García Lorca commissioned by Ariose Singers, and Being of One’s Hour, commissioned by Robert Kelley for Santa Cruz Ballet Theater.

Previous projects include three scenes from his chamber opera Roxane de Bóveda, a modern day retelling of Cyrano, premiered by Goat Hall Cabaret Opera in San Francisco (2009), George Washington Crosses the Delaware, an operetta written for marionettes created by artist Niki Ulehla (2008) and Through a Crack in the Concrete, commissioned for the UCSC Orchestra (2008).

Recordings include the virtuosic solo guitar sonata Ondas do Mar de Vigo, premiered by Mesut Özgen and available on his CD Troubadour and Mañana tan linda, recorded by Nova Trova on their CD Agua.

Chris, who is half Guatemalan and a native Spanish speaker, is founder and artistic director of Santiago Players, a group of volunteer musicians dedicated to taking classical music, workshops, private lessons, instruments and sheet music to young students of classical music in the Guatemalan Highlands.

Chris teaches theory and musicianship at CSU Monterey Bay, music history at UC Santa Cruz, is staff accompanist at The Studio, School of Classical Ballet in Soquel, and maintains a private studio.

ROMA OLVERA (EDUCATIONAL PROGRAMS DIRECTOR) oversees the three-tiered outreach program for Opera Parallèle. In addition to creating the fully staged Hands-on-Opera production for elementary age, she develops interactive workshops for high schools and universities in the Bay Area. The workshops are unique to the main-stage performances OP produces each year. Roma is a lyric soprano with extensive experience teaching in the classroom. She specializes in integrating opera and the arts into general education. Amazing Grace is her first libretto.

KRISTA WIGLE (DIRECTOR) has been teaching and directing in the Bay Area for the past 15 years.  She has taught numerous musical theater and cabaret classes for the Young Conservatory at A.C.T. and was the music director for 7 of their musical productions, including I’m Still Standing this past summer.  She also teaches vocal master classes for the youth choir, Cantabile, based in Los Altos, and teaches and directs at the San Francisco School of the Arts (SOTA).

As a performer, Ms. Wigle has performed with Opera Parallele, Festival Opera of Walnut Creek, Pocket Opera, Opera Santa Barbara, Livermore Valley Opera, Brava! Opera, and San Francisco Lyric Opera. Her roles include:  Miss Jessel (The Turn of the Screw), Cleo (The Most Happy Fella), Musetta (La Bohème), Soprano (Trouble in Tahiti) Zerlina (Don Giovanni), and Carlotta in the Las Vegas and San Francisco productions of The Phantom of the Opera.

Krista Wigle earned her Bachelor’s and Master’s of Music degree in Vocal Performance at The San Francisco Conservatory of Music and maintains her own private vocal studio in San Francisco.

DAVID GORDON (CONDUCTOR) comes to Opera Parallèle by way of DePauw University where he recently graduated with a degree in Music and an additional major in Psychology. During his time at DePauw, he founded and maintained the student-run DePops orchestra. A Bay Area native, he has returned to pursue a career in conducting with an internship under OP Founder and Artistic Director, Nicole Paiement.

JENÉ LEVINE SNIPES (CHOREOGRAPHER) has studied dance for 20 years.  A majority of her experience is in Jazz, Modern (Dunham, Horton and Limón technique) Haitian, and West African.  She also has many years of experience in Ballet and Brazilian forms of dance.  Some of her past local instructors include Dr. Albirda Rose, Dawn James, Carolyn Himes, Evelyn Thomas, Linda Johnson, Jacqueline Burgess, Sue Li Jue, and Zak and Naomi Diouf. Jené is a member and partner of the PRISM dance company and has performed and or choreographed for many community sponsored events.  She teaches and choreographs for young children ages 3-18 with Village Dancers, as well as college students, and has over 15 years of experience instituting dance activities in programs geared toward Oakland and Berkeley youth.  She has nearly ten years of experience directing tutor/mentor programs in the Bay Area.  Jené enjoys integrating her life experiences into her dance teaching style and choreography.  She is a mother of two children and works full-time in community development.

This program gives students from various age groups the opportunity to participate in producing and performing an opera. The students experience the complete operatic experience