San Francisco’s leading contemporary opera company returns after their acclaimed performances of The Great Gatsby last February, with Osvaldo Golijov’s riveting opera  Ainadamar. Inspired by the confrontation between poet Federico Garcia Lorca and the Fascist regime during the Spanish Civil War, the opera artfully combines singing, visual arts and flamenco. This poignant story, with a libretto by award winning playwright David Henry Hwang (M Butterfly, Chinglish), is told in flashback through the eyes of actress Margarita Xirgu, Lorca’s muse and most fervent advocate. Opera Parallèle, under the baton of Nicole Paiement, presents the San Francisco premiere in a production conceived and directed by Brian Staubenfiel. 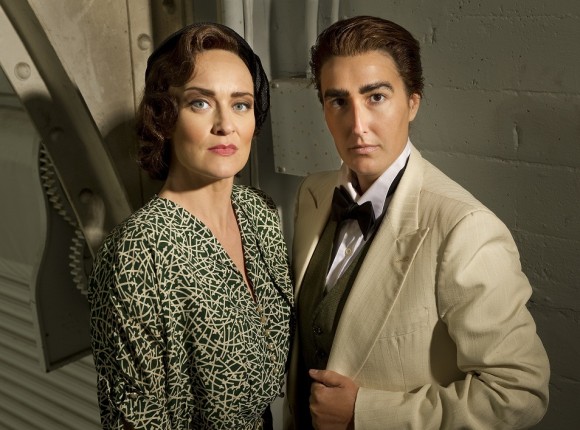 Opera singers Lisa Chavez, Marnie Breckenridge and Maya Kherani will be joined by La Tania and her troupe of flamenco dancers.  Staufenbiel, with the help of Scenic and Lighting Designer Matthew Antaky and Video Artist Austin Forbord, brings the story to life with creative use of new video mapping technology. 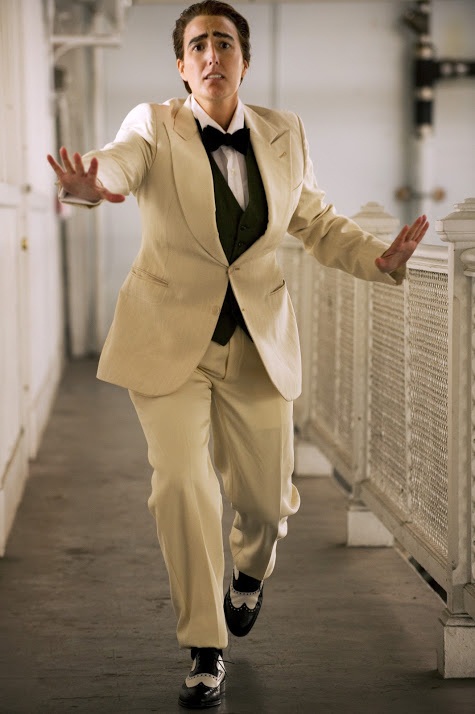 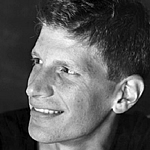 Previously appeared with Opera Parallèle in Wozzeck and as Compère in Four Saints in Three Acts. Other roles have included the Commendatore (Don Giovanni) with West Bay Opera and William Jennings Bryant (The Ballad of Baby Doe) with Berkeley Opera. His recent solo engagements include Bach’s Christmas Oratorio with Soli Deo Gloria. Bischoff has performed with Chanticleer and continues to perform regularly in the Bay Area. 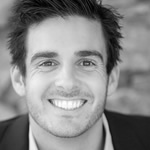 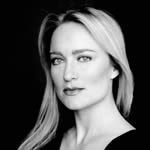 Sang the role of Princess in Opera Parallèle’s production of Glass’ Orphée. Breckenridge made her international debut with English National Opera as Cunegonde in Candide and sang the lead role in Peter Eötvös’s Love and Other Demons with Glyndebourne Festival.  She recently sang the role of Mother in the World Premiere of David T. Little’s Dog Days and is a soloist on the 2012 New World Records’ album Victor Herbert: Collected Songs. 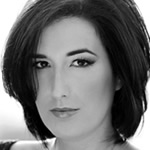 Has sung with Opera New Jersey and Bay Area Summer Opera and Theater Institute. Recent roles include Madame de Volanges in Dicapo Opera’s New York premiere of Conrad Susa’s Dangerous Liaisons. In 2011 Chavez received an award from the Gerda Lissner Foundation. A graduate of the Manhattan School of Music, she is a founding member of Opera Collective, a company making operatic repertoire accessible to the New York City area. Recently, Ms. Chavez performed Opera Parallèle’s production of Trouble in Tahiti. 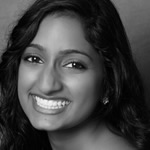 Made her debut in Opera Parallèle’s production of Four Saints in Three Acts. She was a soloist with the San Francisco Bach Choir and as part of the Baroque Academy at the Amherst Early Music Festival. A recent graduate of the San Francisco Conservatory of Music, she appeared in the school’s productions of Così fan tutte (Despina) and Agrippina (Poppea). Kherani participated in several US and world premieres including Neil Rolnick’s Anosmia. 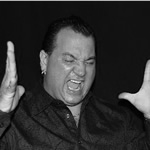 Has been a featured singer for Fernanda Romero, Isabel Vargas, Manuela Salazar and others. He has toured with major flamenco companies throughout Europe, the United States and Canada with La Tania, Caminos Flamencos and many other companies. Montoya has appeared on eight CD recordings including the Grammy Award winning premiere recording of Ainadamar with the Atlanta Symphony Orchestra. 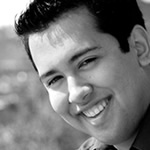 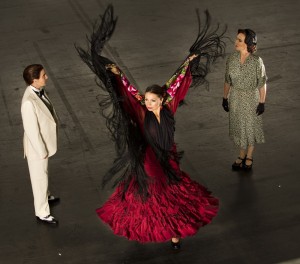 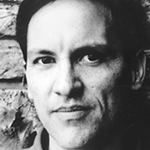 Osvaldo Golijov has received numerous commissions from major ensembles and institutions in the U.S. and Europe and is the recipient of a MacArthur Fellowship, among many other awards. His music is performed regularly by musicians such as Robert Spano, Miguel Harth-Bedoya, Dawn Upshaw, Luciana Souza, Maya Beiser, the St. Lawrence, Kronos and Borromeo quartets, and the symphony orchestras of Boston, New York, Chicago, Atlanta and Los Angeles, among others. His collaborations continue to grow, most recently with the notable film director Francis Ford Coppola, for whom he has written two film scores, in a period of under two years.  He is currently working on a commission for the Metropolitan Opera; a violin concerto for Leonidas Kavakos, co-commissioned by the Los Angeles Philharmonic, Berlin Philharmonic and London Symphony, to be premiered under Gustavo Dudamel in Los Angeles and Simon Rattle in Berlin; and a new work for the St! . Lawrence String Quartet..  He has been composer-in-residence at the Chicago Symphony Orchestra, Merkin Hall in New York, the Spoleto USA Festival, the Los Angeles Philharmonic’s Music Alive series, Marlboro Music, Ravinia, and several other festivals. Golijov is Loyola Professor of Music at College of the Holy Cross in Worcester, MA, where he has taught since 1991. 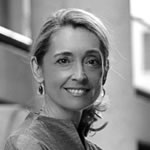 Founded Opera Parallèle with the primary intent of promoting contemporary music and opera. Paiement has since gained an international reputation as a conductor and specialist of contemporary opera and contemporary music. Her recordings include many world premiere works and she has toured extensively in the US and Asia. As Artistic Director of Opera Parallèle, she conducted the 2007 world premiere of Lou Harrison’s Young Caesar, the west coast premiere of John Rea’s re-orchestration of Alban Berg’s Wozzeck (2010), the San Francisco premiere of Philip Glass’ opera Orphée (2011) and the world-premiere performance of Jacques Desjardins’ reorchestration of John Harbison’s The Great Gatsby (2012).

Paiement is an active guest conductor both in the US and abroad. For Dallas Opera she recently conducted a new production of Peter Maxwell Davies’ opera The Lighthouse. She will return to Dallas in January 2014 to conduct Tod Machover’s Death and the Powers. Paiement is a faculty member of the San Francisco Conservatory of Music where she is the Artistic Director of The BluePrint Project and New Music Ensemble. Paiement is also on faculty at the University of California, Santa Cruz, where she is Director of Ensembles. 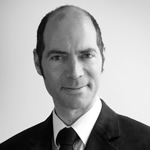 Composer Jacques Desjardins has received commissions from ensembles in the United States and Canada. A frequent grant recipient from the Canada Council, his recently commissioned re-orchestration of John Harbison’s The Great Gatsby premiered to wide acclaim by Opera Parallèle in February of 2012. Desjardins is a faculty member at the San Francisco Conservatory of Music, where he works both as a music theorist and conductor. 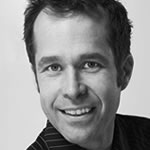 Has helmed the direction and design of Opera Parallèle’s productions since 2007. As a guest director, Staufenbiel has worked on productions both around the Bay Area and internationally. In 2010 Staufenbiel’s direction of Madame Butterfly for Festival Opera in Walnut Creek garnered critical attention for its deft use of shadow puppet theater and intimate staging. Staufenbiel returned to Festival Opera this past July to direct a production of The Most Happy Fella. In 2009 he collaborated with new-music proponents Composers, Inc. to direct the world premiere of Allen Shearer’s The Dawn Makers. As guest director at the Sherbrooke Summer Music Festival, Staufenbiel has directed works by Arthur Honegger and Maurice Ravel. In 2007 he directed their semi-staged version of Handel’s Jephtha. Staufenbiel has also directed at the Seoul Contemporary Opera Company, for the Korean premiere of David Jones’s Bardos and the reprise of Chan-Hae Lee’s Back to the Origins. Staufenbiel is a voice faculty member and the director of the opera program at the University of California, Santa Cruz. 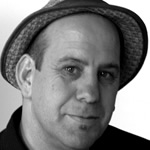 Since 1985 Antaky has created scenic and lighting designs for all of the performing arts including theater, opera, dance, and music. His work has been presented throughout the United States and in many countries around the world. Mr. Antaky is an eight-time nominee and four-time recipient of the Isadora Duncan award for outstanding visual design. 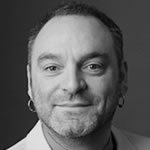 Ainadamar is Boulay’s sixth collaboration with Opera Parallèle. Frédéric has been a Director of Production, Projection Designer, and Technical Director for over 300 productions over the past 25 years, and his artistic sensibility, combined with his capacity to visualize and manage time-sensitive projects and multi-disciplinary teams, has been integral to the development of many cutting-edge multi-media projects and world premières. 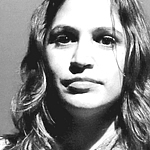 Has worked with the Opera Parallèle team on costumes for its productions of Orphée, Four Saints in Three Acts, and The Great Gatsby. She has an MFA in costume design from the University of California, San Diego where her design credits include The Seagull, Topdog Underdog, The Misanthrope and Rosencrantz & Guildenstern are Dead, for which she received a Patté Award for Outstanding Costume Design in 2008. 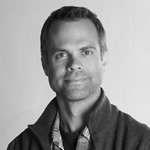 Is a video artist, filmmaker, and choreographer. His film Stage Left received the Documentary of the Year award at the CA Film Awards and was broadcast on PBS/KQED. He won the Isadora Duncan Award for visual design and has been nominated for performance. Forbord has created video designs for dance, theater, and opera and is currently working on Normal People, a film about Sarajevo as well as a NEA funded documentary about Kitka. 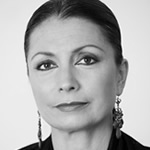 Is an internationally acclaimed dancer and choreographer. She grew up in Andalucía and lived in Madrid, where she became a professional dancer. In 1993 La Tania moved to the US and toured with her own company, earning many awards such as the Guggenheim Fellowship, the James Irvine Fellowship in Dance and many more. Currently she is the director of the Bay Area-based La Tania Baile Flamenco Company and school. 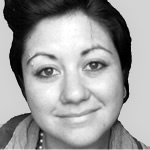 Graduated with a Master of Fine Arts in  Technical Production from the University of Delaware’s Professional Theatre Training Program in May 2011, where she worked on playwright Theresa Rebeck’s world premiere of O Beautiful, directed by Sanford Robbins and designed by Takeshi Kata. Since returning to the Bay Area, Niles has worked with Golden Thread Productions and the Cutting Ball Theatre. 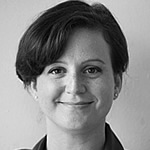 Began her career in San Jose where she designed for many South Bay theaters. Since moving to San Francisco, in addition to Opera Parallèle, she has created designs for the American Conservatory Theater; TheatreWorks; Broadway by the Bay; Alameda Civic Light Opera; University of California Santa Cruz; Opera Theater; and Sacramento Civic Light Opera. She also works regularly as guest designer for many other companies in the Bay Area.