Visually stunning, with its dream-like video projections and steamy flamenco dancing. That’s Opera Parallèle’s new production of Osvaldo Golijov’s “Ainadamar” (“Fountain of Tears”), which opened Friday for a short run at the Yerba Buena Center for the Arts’ Lam Research Theater. There’s some good singing, too. The production is ambitious, confidently executed, classy.

As for Golijov, the Argentinian-born American composer, famous for his integration of global folk styles — well, he is not at his best in this work, which premiered at Tanglewood (Mass.) in 2003, then underwent significant revisions prior to its Santa Fe Opera reincarnation (directed by Peter Sellars) in 2005. It should be sent back to the drawing board once again, because — especially in the first two of its three scenes — Golijov’s music is generic. It’s as if he hit a wall with the compositional process and started deriving themes from the latest Putumayo World Music anthology. 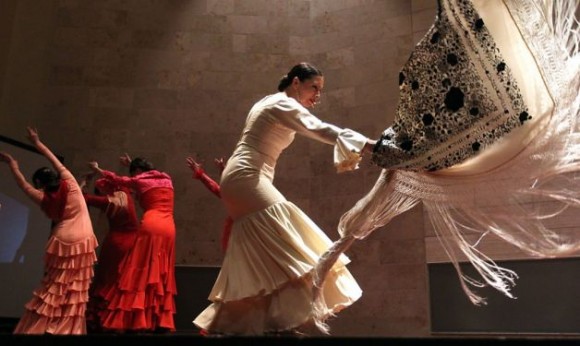