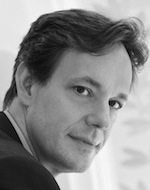 Founder and Artistic Director Nicole Paiement has announced details of Opera Parallèle’s 2014–2015 season, which will feature the premiere of a  new production of Jake Heggie’s acclaimed Dead Man Walking–-marking the 15th anniversary of one of the most widely performed operas of the 21st century–and the U.S. premiere of vibrant composer Tarik O’Regan’s Heart of Darkness. Both operas, based on significant literary works, plumb the depths of human emotion, resilience, fortitude, hope and redemption, making them ideal subjects for the operatic stage and for Opera Parallèle’s brand of story-telling and rich exploration of the human experience in provocative and intense stagings. Both original Opera Parallèle productions will be led by Paiement on the podium, with production design and direction by Opera Parallèle Creative Director Brian Staufenbiel and members of the creative team responsible for OP’s acclaimed productions of Orphée, The Great Gatsby, Ainadamar, and Trouble in Tahiti.
“We are very pleased and honored to present the American opera that defined the genre on the eve of the 21st century and originated right here in San Francisco as well as introducing Bay Area audiences to a major dramatic work by an exciting composer not yet well known here,” says Nicole Paiement. “I can’t think of a better pairing of composers than Jake Heggie and Tarik O’Regan for our season of intense and rewarding music dramas based on important monuments of modern literature. It promises to be a journey of profound emotion from the depths of despair to the heights of humanity.”

In addition to the productions of Dead Man Walking and Heart of Darkness, this season Opera Parallèle will present a variety of educational/community outreach and public events, including a new children’s opera by Chris Pratorius, OP’s first original commissioned work.